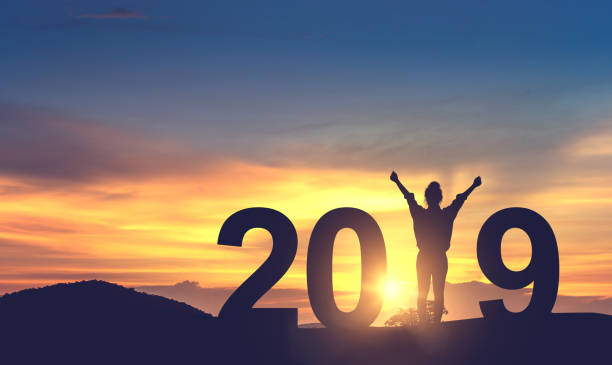 All aspects of life will continue to change in an accelerated way.

The speed of technological change today is the slowest it will be for the rest of our lifetimes.

The last year of the Transformation Decade is now here.  During the 2010-2020 decade many aspects of life changed their nature, shape, character and form. Businesses that didn’t are either running in place or will in the near future, fail. 2019 is the last year of this decade, the first decade of 21st Century thought.  A larger lens through which to view all the disruption is that the constructs and institutions created in the 20th century are crumbling at a time when the new 21st century reality has not yet become fully clear.

We are moving toward the 2020s*, perhaps one of the most transformative, disruptive and overwhelming decades in history.  The old order is falling away, and the new order and players are just emerging. Creative destruction will be everywhere. 2019 is the on-ramp for this decade of simply overwhelming change unprecedented in our lifetimes.

Economically 2019 will be full of contradictions, but the global economy and the U.S. economy will be disrupted.  I don’t want to say recession because I believe it to be no longer accurate as a term and measurement.  I think that some possible triggers for this disruption might be in the areas of foreign loans borrowed in dollars, the reality that all debt in the U.S. – except for residential mortgages – is much higher than what it was in 2008 and with rising rates there will be negative fall-out.

Some fundamental problems with the global and U.S. economies will emerge this year and will expand even more in 2020.  Whoever runs for President in 2020 will be doing so in a time of economic duress and uncertainty.

The overarching theme of moving from an ownership to a rental society will continue to restructure the content, transportation, real estate businesses.  Access over ownership will only increase this year.

Politically, the year in the U.S. will be one of constant drama.  Trump, the new incoming Democratic congressional blue wave, the early jockeying for the Democratic presidential nomination is often too much noise, too much of the time.  Those of us already exhausted with the daily drama must find a way to stay  informed without losing ourselves in breathless daily coverage of politics.  Remember, this is the most profitable the cable news networks have ever been.  They like constant drama.

In many ways the obsessive coverage of politics is dangerous as it deflects our attention off of how historic this moment in history is.  The concepts and institutions of the 20th century are giving way to the new ones of the 21st century.  This fundamental reality needs new thinking. It is not clear whether anyone who runs for president truly understands this.

Technology coming to market in 2019 will include: autonomous vehicles, ever more intelligent environment devices, and even some early stage energy innovations.  Quantified Self technology will continue to develop and will disintermediate the medical structures more than ever.

The silver lining in the reality that this is a problem of the NOW and not the future is that we have entered the human condition of fight or flight.  We have deferred any action about this “future” problem, that is now a present problem.**

A lot of change here.  The volatility and current low pricing of most commodities will play havoc globally. The dollar as the official exchange currency will exacerbate this.  The Trump foreign policy will prompt a re-alignment of countries around the world.  A fundamental re-alignment of the global, geo-political landscape is underway.  Trump is just a bull in a china shop triggering the unease of leaving 20th century realities behind.

The Millennial generation [ birth years 1981-1997] and Digital Natives [birth years 1998-now] are now each larger than the Baby Boom generation in absolute numbers.  By early 2020 these two generations will be in the majority of citizens in the U.S.  This massive generational shift will manifest itself in all areas of life.  It is now a world of the under 40.  People who were not alive for Viet Nam, can’t remember China as a poor massive socialist state, and have spent most of their adult lives with the country both at war and in a slow economic period are the emerging majority.  They will be shaping this century, without a lot of grounding in the old century

*By the end of the year, this writer will publish the first in a series of books entitled “The 2020s”

** In the first third of this year this writer, working with a small team, will publish an eBook trilogy on “Moving to a Finite Earth Economy: Crew Manual”

email
Prev: The First Whitepaper from the Sarasota Institute
Revolution in the Air?: Next