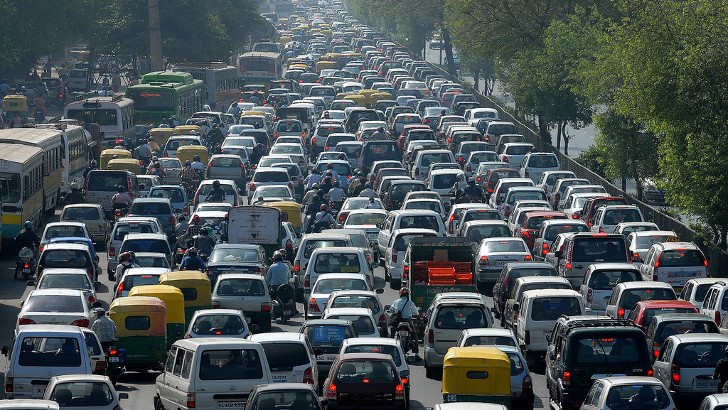 In the early part of this century, there was a widely discussed theory called Peak Oil.  The basic premise was that humanity was moving through a time when half of all oil in the Earth had been extracted and that we were beginning to extract the second half of what remained.

I was a partial believer in this line of thinking in that the easy oil had already been extracted and that the remaining half was in places when the extraction was much more expensive; off-shore under a mile or more of ocean, in remote places where costs of extraction and transport were much higher.  That these higher costs necessitated a higher price of oil.

It was this belief, combined with research on the double-digit growth year to year of the Chinese economy, the Indian economy and the housing boom in the U.S. that led me to make my first major – and correct- forecast about the cost of a barrel of oil.  At a time in 2006 when the price of oil was $55 a barrel, I forecast that it would be $125 a barrel in 2008.  As we know, it topped out at $147.  I took a lot of heat for that forecast, but my only concern as a futurist is to be as correct as possible with my forecasts.

[Note:  this was all before the shale drilling of this decade which both impacted energy costs, supply and caused whole new problems such as earthquakes and polluted ground water]

Well, today we are moving through what I will call Peak Auto.  The number of cars produced around the world up to today is half of all autos that will be produced in human history.  There will be far fewer autos produced in the next 100 years than there were in the last 100.

There are many reasons for this:

-the Age of Autonomous Vehicles has begun, which will dramatically lower the number of vehicles on the road.

-the younger generations coming into the majority world-wide, own fewer cars per capita that prior generations at the same age

-humanity is moving ever more to urban environments, which lowers per capita car ownership

-we are moving ever more to a rental versus ownership economy, which lessens the number of cars needed.

-in many American cities, and cities around the world, there are now cars, motorbikes, bikes and motorized scooters to rent by the hour

The average American uses her car an average of 4% of the time.  The other 96% of the time the car is parked and not in use.  That is a poor utilization of both money and resources.  Once auto insurance, gasoline, service and upkeep, and depreciation are added in, the low level of use will increasingly not be accepted.

I live in a development with some 60 homes.  Most homes have 2-3 vehicles, which means some 120-150 cars.  The number of always going autonomous vehicles needed to service the community should be a third of that.  A car picks up kids going to the same school, programmed to not let anyone in or out until arrival at school. Another car takes people to work who leave at 8, at 8:30, at 9. Autonomous autos can be used by one or more people to go shopping, waiting until the shopping is done.

My forecast is that by 2030, 30% of all autos, buses and trucks will be autonomous.  By 2040, that percentage could double.  This means that instead of building new forms of infrastructure for 21st Century transportation we can use the already built Interstate highway system but with half the number of cars.  Instead of changing the infrastructure at prohibitively high costs, we can use the existing one but with 50% fewer cars.

Since WWII in the U.S. the number of cars sold annually has fallen overall, even though the population has grown.  In the 1970’s and 1980’s the number of vehicles sold annually often exceeded 10 million.  In that 20-year period there were 12 years when the annual sales of vehicles in the country exceeded 10 million.  Since 1990 there has not been a single year of 10 million sales.  In fact, there have only been 12 years when sales have topped 8 million in the last 28 years.

My forecast is that the annual sales figures of new cars in the U.S. will continue to decline from this year on. There might be some leveling off due to the dramatic increase in electric cars. [ It is interesting to note that in the third quarter of this year, the Tesla Model 3 was the best-selling American sedan.] Then, in 5-10 years this will plateau as autonomous automobiles will become the replacement purchase either by individuals or more likely by companies and municipalities using the fleet model.

We are beginning to pass  through peak auto.

Email
Prev: Fall
The Transition from an Ownership to a Rental/Access Economy: Next