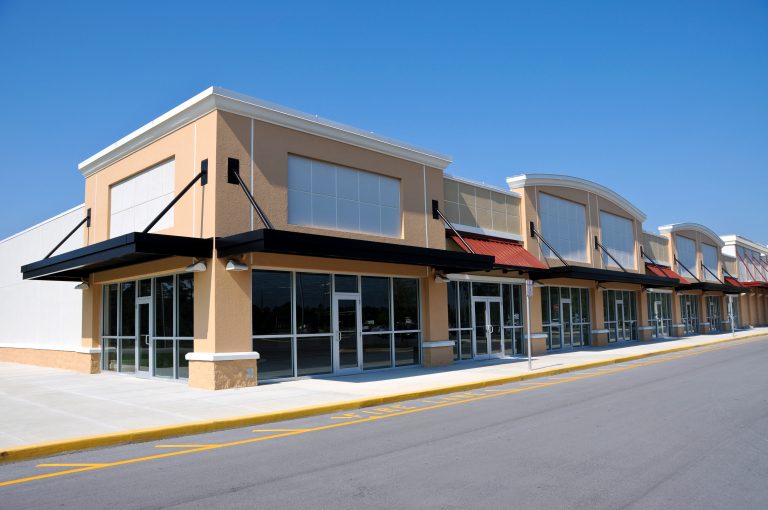 The three-word sentence that is everywhere in the United States

In September I made a short trip to Chicago and this sentence was everywhere.  I stayed in a hotel in the River North neighborhood, a short walk from Michigan Avenue and the surrounding shopping district.  [For those that don’t know Chicago, Michigan Avenue is Chicago’s Fifth Avenue or the Champs Elysee of Paris.]

The Magnificent Mile – what Michigan Avenue is north of the Chicago River- had these three words on about 25% of all retail outlets.  Shocking.  Something I have never seen as a life-long Chicagoan, even after the Great Recession.  The pandemic was a harder hit to retail than that disruptive economic event.

In New York, the collapse of retail in Manhattan has been well documented.  In this case it was the disappearance of some 400,000 M-F commuters from the three-state region into midtown, with the rest of the neighborhoods suffering due to the lack of international visitors

In Sarasota and much of Florida we have a similar reality, though much of our retail vacancies are in malls and strip malls.  Malls have a lifespan.  Even before COVID-19 there were “ghost malls” in Florida as the malls of the 1970s, gave way to the malls of the 1990s with more amenities.  All of these took a hit when some  regional malls and outlet malls were developed.

America was way over-retailed before the Great Recession. Then that eviscerated retail due to over-extended growth-oriented retail chains collapsing under debt and lack of customers.    On a per capita basis America was far and away the most retailed country in the world, even after this multi-year recession.  Then the virus took its toll.

I have been forecasting the collapse of physical retail for 13 years.

“In January and February[2009] there will be a number of retail chain bankruptcies, particularly in the apparel sector and the middle market of department stores. Many chains will avoid bankruptcy but will close stores and retrench to survive. Retail relies on debt financing which is not readily available, and a robust holiday season, which will not occur”.

These bankruptcies will contribute to an unemployment rate that will certainly rise to the high single digits in the U.S., and perhaps higher elsewhere in the developed nations of the world.  Vacancy rates will rise in both shopping centers and office buildings and complexes.  This will put a strain on commercial real estate, resulting in defaults, fire sales and consolidation.

Retailing is in a free fall.  There will be numerous bankruptcies in the U.S. and around the world in the first quarter.  Led by the apparel sector, many chains will either declare bankruptcy or will close numerous stores”.

Shopping malls will be shuttered as vacancy rates soar and significant commercial properties will go into default, starting first with properties purchased with a lot of leverage during the past three years.

“The bricks and mortar retail industry and therefore retail real estate, will undergo the greatest transformation in the next 10 years since the introduction of the automobile” Chains will go out of business, separate retail categories will combine, 20th century malls will close. On-line shopping in our screen reality is reshaping shopping in our physical reality.

The U.S. has far more retail square footage per capita than any other country in the world. We are simply over retailed. This will mean several things that will become clear by 2017. First, stores that serve the middle, such as the 20th century model department stores, will continue to close.

Another clear symptom of the country being over retailed is the on-going closure of outdated, suburban oriented shopping malls that were built in the last third of the 20th century. Many of the chains that were considered anchor tenants are in rapid contraction. Whenever a new mall is built it will almost assuredly trigger the closing of an older, existing mall. The social constant of teenagers hanging out at malls will continue but now there are all the  social options on-line to replace or at least minimize that social right of passage.

The above quotes are not to state that I was right in my forecasts but to convey to you the reader that I have long seen our country and certainly our area to be extremely over-retailed.  This condition of physical retail has been fully challenged and eviscerated by on-line retail, particularly Amazon.  On-line retail has been the only general retail sector in expansion for the last 15 years.  The pandemic accelerated this situation even more.  In 2020 a year of retail collapse, Amazon hired 1,293,000 new employees globally.  I have been a fan of Amazon since the late 1990s.  Then it was because I saw the future in their vision.  Since then, I have become a most loyal customer.  They have the lowest prices, they know what I like, my sizes, they have a record of everything I have ever purchased from them, they deliver free to my door in days and now sometimes hours, and they take returns no questions asked.  Compare that to any store in physical retail where I am asked if I could be helped by someone -often young- who knows nothing about me, and is often talking to me out of boredom as there are no other customers in the store.  There are exceptions such as Costco, Publix and Walmart who seem to be generally interested in helping me and giving me great prices.

The place I put this is that physical retail is of the 20th century and on-line retail is of the 21st century. Technology driven of course, but also with the growing awareness of the climate crisis. Shopping at Amazon and other on-line stores, with their AI-infused, well-organized delivery systems puts far less GHG emissions in the air that the poorly planned way car-centric Americans shop.  Easier, cheaper, and less emissions.

In this most disruptive of decades, while physical retail is very public in its collapse, there will be many more, lower profile or less  obvious collapses.  These should be thought of within the term of creative destruction, a term coined by economist Joseph Schumpeter last century:

Creative destruction is the dismantling of long-standing practices in order to make way for innovation and is seen as a driving force of capitalism. –Investopedia

This column is in no way a critique of physical retail.  If you are in the physical retail sector, or are thinking of going into it, there are many more perils than ever before.  Drive by traffic, foot traffic is still important, but so is your web site traffic, your commitment to customer service and knowledge of your customer base.  If you can’t offer either free or low-cost delivery, you might be swimming upstream.  IF you are a small or boutique store, then customer service, knowledge of your customers and relationships are more essential than ever.  Open up a store and the customers will come is a relic of the last century.  Caution.

Email
Prev: Talk is Good. Action is Essential
This is an Opportunity: Next