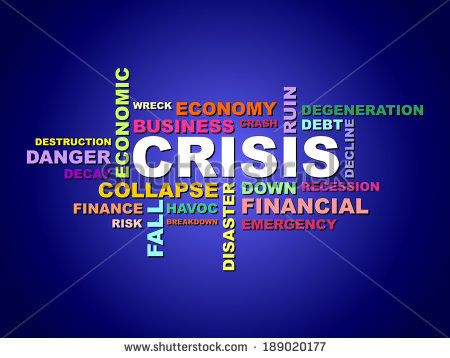 [Note: much of this column was recently published in the Sarasota Herald-Tribune]

I am not a financial adviser nor an economist. I do not offer investment advice.

I am instead very happy to be a futurist whose value is to forecast the future accurately up to five years out and directionally 10 to 15 years out. I look at big trends and then try to see data points that others don’t and to connect them to suggest where we all might be going in the years ahead.

As to the title of this column, I use the word “disruption” intentionally. “Correction” would be a word that suggests price drops in markets. What I see is more than that. “Collapse” sounds like a catastrophic event and, while there is that possibility, I am not a fear monger at all. My highest value is to suggest and point to what lies ahead so we can prepare and adapt as needed.

So back to connecting the data point dots as a futurist. Here are some data points that, taken together, suggest to me a significantly greater than 50 percent chance of a major global financial disruption in the next two years:

Debt is the four-letter word of the global financial system. Much of the global economy is based primarily on debt. Trillions of dollars are sloshing around the world seeking returns — which has been a source of stock-market records — can move very quickly. So a big disruption somewhere can quickly spread globally.

As I look at the above list, I struggle to see what macro positive forces could offset it.  Yes, recent U.S. GDP growth of close to 3% annually is a good sign. However, I see way too much fragility in the global economy and the current geo-political situation for this to mean much long term.

Gross domestic product, as the measurement of physical goods and services, is less relevant in economies that are increasingly digital. Market scarcity, a major building block of the capitalist market economy, does not exist in the digital landscape (which has led to the flourishing “information wants to be free” thinking in this post-digital economy).

A possible indicator of this is that there were two massive recessions and market collapses less than 10 years apart — 1999 to 2000 and 2008 to 2009 — something unprecedented in the last 100 years. If I am correct in my forecast of a coming financial disruption, then there will have been three significant economic collapses or corrections in a span of 20 years. That simply has to signify some larger historical transition.

But that is for another column.

For now, just stand forewarned and pay attention, because things tend to go down faster than they go up.