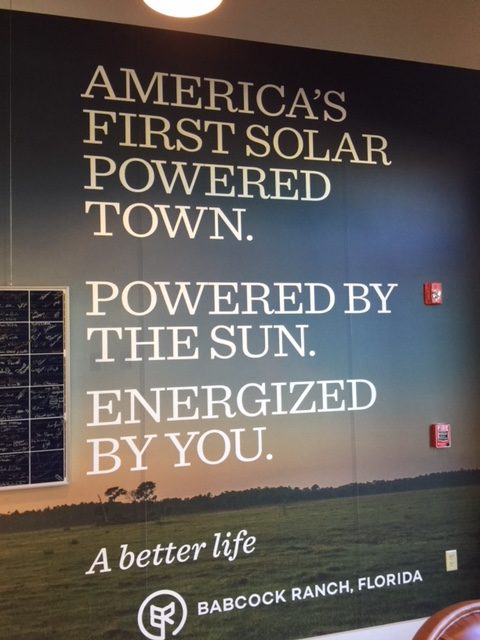 During the Shift Age – the first third of the 21th century- we are shifting from what was to what will be. We are truly moving from the “reality” of the 20th century to a new emerging reality that will be well shaped by the late 2030s. Everywhere there is disruption and transformation

We are reinventing many aspects of society, business, community, energy, transportation and communications from what was invented and installed in the 20th to align with our collective future in this new century.  The collapse of legacy thinking – a concept I first wrote about in my 2012 book “Entering the Shift Age”.- is happening everywhere in society and economics.  We are leaving the thinking of the last century and what has been called “reality”.

In transformative times such as these, one of the things that is extremely important is to create entirely new models, constructs and ways of doing things to show that they can in fact be realities.  As a futurist, I always say the biggest thing I have to overcome during speeches is the perception of “reality” that people hold.  Often it is hard for people to step outside what they know or think is reality to be able to see what the coming reality and future will look like. If they stay in the current reality, any change is just iterative innovation.

Last month I spent a day at Babcock Ranch and was joyfully thrilled the entire time.  This I thought, will show America what can be, should be and will be: the 21st century model of ground up building of new communities, villages and small cities.

Most real estate developments begin with a big sales pitch to buy homes as the clubhouse is being built.  Babcock Ranch started with a 340,000 solar-panel array, then a downtown for the village which includes a school, a medical/therapy/health club building, a dry goods store, a restaurant an outdoor equipment store, a town square and even a start-up incubator. So, this is not a real estate development but the creation of a new town.    There will be another 340,00 solar-panel array soon.  This means that all the energy used at Babcock Ranch will be solar.  In addition, the arrangement with Florida Power and Light is such that all the excess solar power can be sold back to FPL so that the town can generate revenue to help cover community operations.

This town now has 2 residents and within 20 years will have 50,000.  It will therefore most likely will be, percentage wise, the fastest growing town in Florida and perhaps the country during the next two decades.  There will ultimately be 400 autonomous vehicles servicing the entire community and into the surrounding counties.  Every garage will be wired for the installation of an electric charging station for EVs. Every home will also have an Internet connection of a gigabyte.  Yes, a gigabyte! It will make the rest of us feel like bandwidth paupers.

There will be dozens of community gardens and the village will grow most of organic produce for the restaurants and grocery store. There will be the a couple of dozen common clubhouse buildings with pools and recreation.  The homes all have porches facing the streets to create a sense of community.

Something with such inherent vision can only occur if there is a founder with true vision.  The visionary in this case is Syd Kitson.  In the time I got to spend with him I realized that this guy not only was a visionary but was big in his thinking and stubborn in his commitment to a complete new, environmentally sound, energy independent town.  Every question our team for This Spaceship Earth had, he had complete, deeply researched and fully committed answers.  No compromises.

Here are some links to Babcock Ranch and to videos of Syd explaining what the vision is and how it was developed.

Here are two columns, here and here, from colleagues of mine from This Spaceship Earth who were with me on the visit to this visionary place.

NOTE:  I know this is a laudatory column.  I am not getting paid, nor have received anything from Babcock Ranch.  What I did receive is a confirmation that what we need to do in this new century not only can be done but is being done!  What Babcock Ranch does is to throw the gauntlet to any existing community and to any developers that this can be done.  It challenges any community, town or city that what they think is “sustainable” or even worse “green” is now tokenism, with a foot firmly in the past.

America and the world need to follow the lead of Babcock Ranch and get on with the business of facing our environmental, energy and transportation future.

Email
Prev: Approaching the End of 2017
Don’t Just Look at the Technology: Next