A Think Tank for the 21st Century 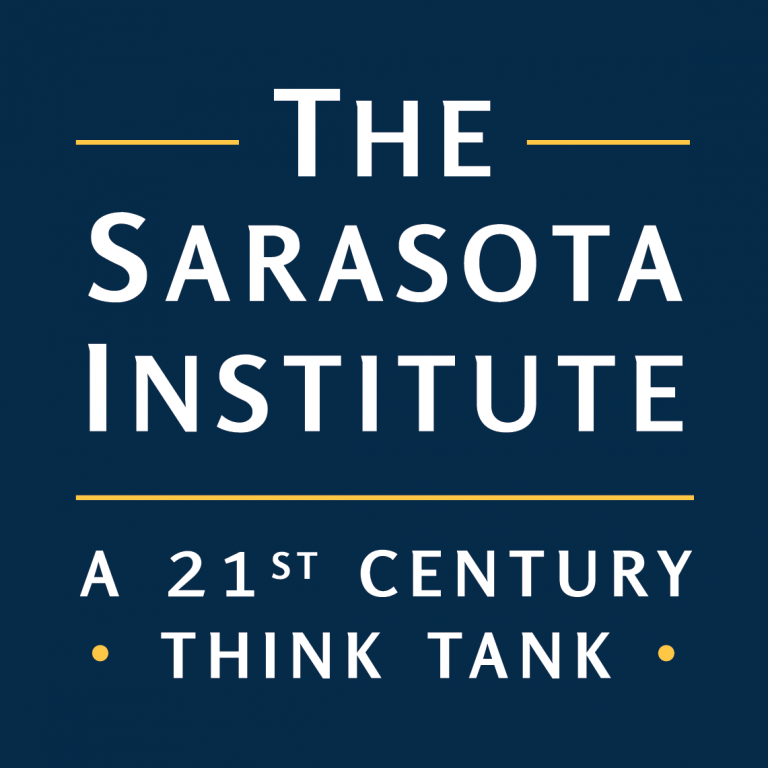 The Sarasota Institute is a 21st Century Think Tank co-founded in 2017 by  Phil Kotler, Jason Apollo Voss and yours truly.  The vision was to create an institution that had no connection to the last century and would be unrestricted by politics and corporate influence. I wrote about this here

Most Washington D.C. think tanks are either political or policy driven.  These entities often present certain sides of an issue or theory of governance.  The Sarasota Institute decided that since there are so many of these partisan think tanks that what was most important at this time of disruption and transformation was to look into the essential aspects of humanity and to help shape the largest questions and lead in the answering of them.

Back in 2017 we picked the 10 topics that we felt were perhaps the most important and global in scope for all of us.  These 10 are: technology, global policy natural resources, marketing and media, intelligence, health care, education, democracy, climate change and capitalism.  Every single one of these areas are all either in the beginning of transformation or will soon be.  All are global in scope as there is no country that does not face all of them.

In January of 2020 we held our first ever symposium, called “An Educated Person in 2035”.  Our home was the magnificent Neel Performing Arts Center on the campus of the State College of Florida.  Yours truly kicked off the day with a look into the larger future and then all that would/could happen in education.  The day ended with a panel of four university and college presidents, all of whom are members of the advisory board of the Institute about the future of higher ed and finally a great summation from Becky van der Bogert, a board member, and a national thought leader in the area of K-12 education and its future.

On February 29, we have our second conference “A Leap Year Look at Climate Change.  This was even better attended and had additional hundreds of global live-streams from 15 countries.

Then COVID-19 started to explode in the U.S.  We were in fact the first entity to cancel conferences.  On Monday, March 2 we made the call to cancel “The New Health Age of the 21st Century” scheduled for Saturday March 7. [The NBA cancelled their season on March 11, which triggered a cascading series of sports, concerts, theater and basically all events where large groups had planned to gather]. As a think tank about the future, we strive to always be ahead of the curve. We then canceled the April 25 symposium on the future of democracy and capitalism.

We then held four virtual webinars on how COVID-19 might affect the future of higher education, capitalism, democracy and climate change.  These are only accessible to members. At these webinars, and since, we see the virus as the outside force that has, is and will expose the no longer valid thinking from the last century. These webinars are only available to members. All around us the “reality” we believed in back in January and see now is that the virus can be thought of as a metaphor for this new decade.

The reason for this column now is that the Institute has finally made the conversion to an on-line and virtual think tank and our new website and membership structure and costs have been completely changed.  We cut our annual membership down from $250 for attendance at five in-person symposiums, to a $125 fee for becoming a member.  For this a member will have a 12-month programming of 10 monthly webinars and two virtual symposiums.  Please join!  At the very least, join the thousands of people from more than 22 countries that subscribe via email and are becoming members in this new, safer, less expensive membership model

Our first on-line webinar is on Thursday September 3 about the future of K-12 education.  It is entitled “The Future of K-12 Education in a Time of Great Reset”.  This of course will occur amidst all the headlines about the inability for schools – and colleges- to open safely for students, parents, teachers and staff.  COVID-19 has challenged the education system perhaps more than any other aspect of our society.  Children are the future.  That means they need the best education possible for this century, not something yet understood.  We hope to initiate deeper conversations about what the future of education will and must look like for the 21st century.

COVID-19 has started this decade and is a good metaphor for the disruption we will all experience in the 2020s.  This decade will shake loose the past as no other decade in history.   As readers know by now my latest book – the first of a series of short books about the 2020s- addresses the big dynamics and trends that will shape the trajectory of humanity at least through 2050.  This is the time frame for The Sarasota Institute to lead and coalesce global thought to our collective future.

Now is the time we must collectively forge forward in this new century.  Join us!