We the People of Planet Earth Can Lead Needed Change 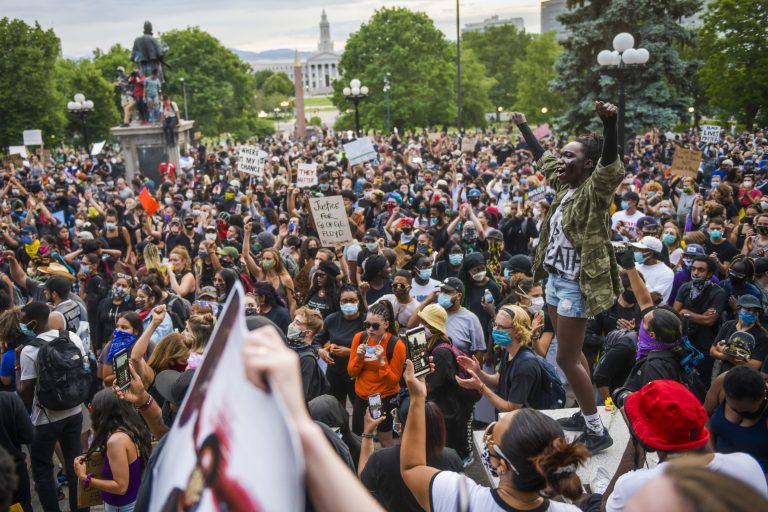 We see the need to stand up – for the planet, for freedom, for the Ukrainians- both for our own integrity and the reality that transformative changes can occur when there are massive numbers of global citizens who are loud, collaborative and collective  in action.

Russia and the Ukraine War

This column suggests to buy 10% less gasoline until Russia leaves Ukraine is a next step for the collective and collaborative WE.  Russia is committing atrocities in Ukraine and fuels it through the oil they sell which is 10% of the global supply.   Collectively and collaboratively humanity can reduce gasoline consumption by 10% without politicians or national leaders.  WE just buy less and live a lifestyle of living with less and by so doing, affect geo-politics.  We will have to do this regularly to face the climate crisis.  We are demand!

If tens or hundreds of millions of people around the world let it be known – and have it amplified by the global media entities- that we will use less gasoline until Russia leaves Ukraine, it will make national leaders follow.  If the world shows that it doesn’t need Russian oil, and WE trigger a 10% lessening of global demand, we will feel empowered and leaders around the world will take note.

In addition, if the only way to get rid of Putin is to have him be taken down by an insider group at the highest level of government and influence, then the sight of half a billion people buying less gas will give more impetus to this group to remove Putin.

Corporations and the Invasion of Ukraine.

In moments of historic and moral moments, corporations increasingly realize they have to take a stand.  I wrote about this here relative to the restriction of voting rights.  Corporations used to hide behind statements that they don’t get involved in political or moral issues.  No longer.  Not in this century.

Except for a few corporations that have a moral center, that understand they are major stakeholders within society, most corporations are reactive to their customer base but fearful of taking stands on controversial issues.  In the time since the above linked column on corporations, many of the corporations who said they would no longer make political contributions to legislators who vote to restrict voting have gone back to making them.  Moral hypocrisy.

Who can make corporations take a stand?  US!  WE!  The growing list of companies who are leaving Russia or ceasing to do business there includes many companies who immediately took steps to do so.  It also includes companies that did nothing at first, perhaps then had a mealy-mouthed response, and then finally gave into people/customer pressure.  Yes WE can!

China and Russia have been stated close allies.  Putin flew to Beijing for the opening Olympic ceremony.  While there, he evidently promised Xi that he would not invade Ukraine until after the Olympics.  Once the games were over, Russia invaded Ukraine.

Russia is a nation that has a declining population, a now declining economy and has thus doubled down on military power as the source of its’ influence – along with oil.  This monolithic dark, iron curtain era threat of military might has been shown to be a joke by the Ukrainian military.  Ukraine has been winning the ground war in terms of military engagement.  This has resulted in Russia committing the war crimes we have all seen in recent days with the bombing of hospitals, schools, apartment buildings and now the theater.  Can’t beat the armed forces, well, let’s kill a lot of civilians to demoralize the country.

Tell me, do you see a demoralized Ukraine or one that has united around this invasion to become ever more vigilant in defense of their freedoms.  Putin has united the Ukrainians!

The world opinion has now turned against Russia and Putin’s folly.  Ghastly images of women and children injured by dumb bombs is not the way to win friends and gain allies.  NATO is now united and stronger than ever. Europeans have risen up when confronted with the unthinkable for the 21st century: a land war in Europe.  Sanctions are evidently having effect in Russia.  The world sees a bully exposed, a country in decline and complete immorality.  Even the United States Senate, that model of do-nothing partisanship has been moved to bipartisan action.

Russia thrives on instability.  China, with its’ deep integration into the global economy, thrives on stability.

So President Xi, how do you feel now about standing with Russia?

The idea behind tens of millions of people buying less gas until Russia leaves Ukraine – if amplified by global media- will be noticed by Xi and the Chinese Communist Party.   Xi has made it clear that it is his, and therefore China’s intention to retake Taiwan and make it part of China. Hmmm, a bully dictatorship attacks a functioning democracy, where have we seen this?  Oh yes, the Ukrainian War.  Not working out so well for the dictator.

What about WE making commitments to not buy anything with the “Made in China” tag if China invades Taiwan?  I will do that.  Will you?

What if China provides military or economic support to Russia?  Would you commit to not buying anything made in China as much as possible?  I will.

This is a defining historical hinge moment when WE the people, we global citizens can act with collective power to influence the reshaping of the geo-political landscape.

The 2020s is a key moment in history.  It is a transition from what was to what will be. From the past to the future.  From a hierarchical, centralized past, to a decentralized, distributed future.  WE must lead to the future we want.

Change often starts at the edges and moves to the center.  Guerilla forces live and thrive in the mountains and then move to the cities.  A Greta Thunberg changes the world by her one girl demonstrations and actions, far more than some national leader using the total cop-out phrase of “being carbon neutral by 2050” [I promise a column on that soon as it is so antithetical to facing the climate crisis and is a cover for the ignorant or the non-caring.]

Let us take it and rise to this historical occasion!