The Big Four Dynamics of the 2020s 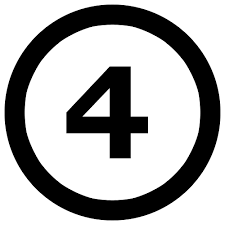 The 2020s will be the most transformative and disruptive decade in history.  There will be a number of significant trends and dynamics that will greatly affect how humanity lives, works and plays.  I will take a deeper, more specific look at many of these in the next few columns.

What I want to highlight now are the big four dynamics that arch high over the next 10 years.  These four are not only in and of themselves dominant but many of the smaller trends fit within or are part of several of these four.

The Age of Climate Change

Well it is here.  We are now in the fight or flight stage of the climate crisis.  Anyone consuming mainstream media knows that what was feared for decades is now here – climate change.  The unfortunate reality is that humanity must make fundamental changes to how we live- in growth economies- between now and 2030.  As written here in an earlier column, and in my book “Moving to a Finite Earth Economy – Crew Manual” we can no longer say stupid stuff like “Save the Planet” as the planet has been in existence for several billion years and will be for several billion more.  We have to “save ourselves from ourselves”.  Climate change is simply the planet reacting to how humans live on it.  The good news with this view is that if we have created the problem, we have the wherewithal to solve it.

Here are consensus projections about climate change and the 2020s:

[The Sarasota Institute will have a partial day symposium “A Leap Year Look at Climate Change” on 2/29, which will be live-streamed globally.]

The 2020s will be the decade when Technological Intelligence grows exponentially.  Some 30-50% of all current jobs in the United States are at risk of being eviscerated.  The majority of blue- and -white collar jobs that are basically repetitive will be gone.  The top two white collar professions at risk are accounting and law.

We will become ever more influenced and controlled by our chosen TI bubbles.  Alexa, Siri, Amazon and any other technological TI services will increasingly guide us through our lives.  This bubble will be both an increase in efficiency and protection as humans make the majority of our decisions based upon emotion and not facts or evidence.  We will have personal environments that will caution us from our own worst instincts of impulsive behavior.

Neuroscience is now moving to fully understand and map the brain.  We have entered a golden age of brain research and application.  Memory is finally being mapped and understood.  The merger of silicon chips and the body is directly ahead.  Implanted memory chips – a partial technological cure for dementia and Alzheimer’s- will be a reality by mid-decade.

This new deeper understanding of how the brain works will have transformative effect on new forms of computing.  As we know ever more about the complexity of the human brain, it will inevitably influence new forms of computing and the human /computer interface.  BCI – Brain Computer Interface – will be mainstream by the mid-decade.  Just think about that for a minute.  First there were people called computer operators that were our interface with mainframe computers.  Then we got to keyboard interface, which then moved to touch and now voice. Brainwave interface with computing will be soon here.

Humanity and Technological Intelligence will start the rapid move to our next evolutionary stage of merger in several decades.

The Reinvention of Capitalism and Democracy

Capitalism has been the greatest driver of human well-being and increased living standards in history.  Now however, it has, in its’ current iteration, become the cause of climate change, wealth inequality, and inhumane suffering. Growth Economies, the current configuration of Capitalism, combined with a tripling of global population since the mid-20th century, are the dominant cause of global warming.  Growth Economies create waste and are based upon a completely insane belief that unlimited growth can continue on a planet of finite resources. Capitalism recast is the best, and in fact only way we can successfully face the climate crisis.

Around the world, democracies seem to be struggling.  It is hard to think of a democracy that hasn’t been totally corrupted by money.  In addition, with the possible exception of Estonia there is no government that has kept up with technological change.  The American Democracy is the longest running one in the world and yet, in the houses of Congress, the halls of government and at the voting booth, the democracy is far behind the technical capabilities of today.

A ray of hope emerged in the past year with women in their 30s elected to the top positions of government in New Zealand and Finland.  The youth wave that is in ascendancy around the world is now coming to power without the baggage of 20th century thought.  We boomers must truly stop and think about this fact.  The emerging leaders of today and this decade will have entered this century as children.

15 years ago, when I first became a professional futurist, the vision of this was one of the primary ideas I saw occurring in the first third to half of the 21st century.  I was fearful that, as “the CEOs Futurist” I would encounter derision and would be thought of as a mushy new ageist. Quite the contrary. Certainly today, I find many more people who sense and believe in this than, for example the needed reality of reinventing capitalism.

One clear early indicator of the on-going, accelerating move to a new global consciousness is the move from place to space.  The Boomers and Gen-Xers were the last generations born into a place-based reality and mentality.  The Millennials and Digital Natives have grown up in a space-based reality.  Grandkids know that grandma is only two clicks away on a hand-held device, she is “here”.  There is no time, distance or place any longer limiting human communication. We are getting ever more connected to each other.  We are learning to become ever more connected with our computing devices – see above- that will begin to train our minds so that we will, with and without technology, become connected with thought

All four of these trends will be referenced in some of the more specific forecasts about the 2020s in future columns.

Email
Prev: Education in the 21st Century
A Leap Year Look at Climate Change: Next