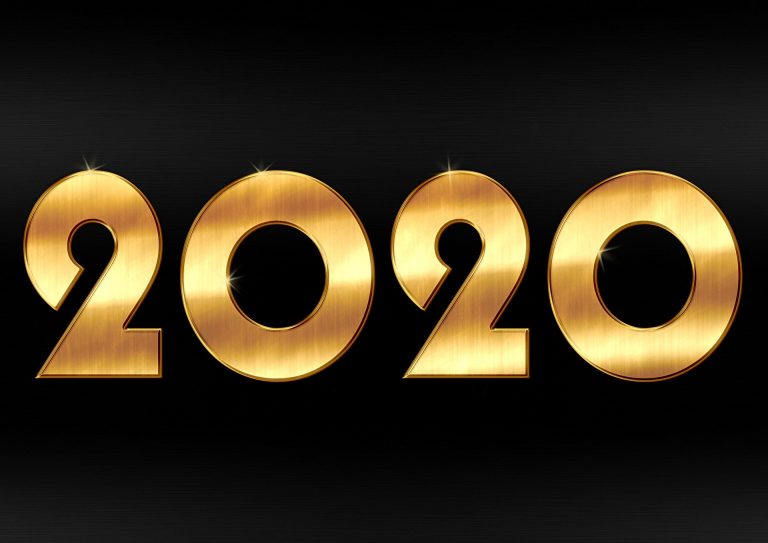 The problem I have about forecasts for the year is just that, they cover just 12 months. To many, if not most, people, the year ahead is about as much future as they want to, or can, see. Most people think the future is about their plans and it is hard to plan beyond a year.  I tend to think in decades.

So, in this column I will deliver some forecasts for 2020. In addition, I will mark the ones that are parts of bigger trends of the decade with an * and will deal with those in depth in coming columns. The 2020s will be the most disruptive decade in human history. There will be more disruption, change, creative — and not so creative — destruction than in any 20-30 years in history. That is what interests me and should you as well.

We will all be buffeted by endless coverage and ads at all levels of politics from local to state to national. Unfortunately, the tense, divisive and highly emotional aspect of this will continue. At the national level, there will be an incredible amount of vitriol and negativity. We are all in our camps and probably less than 20% of the potential electorate is undecided. The hope here is that, as a nation, we can find a way through.   Note: the new president will be sworn in a year from today 1/20/21.

Because 2020 is a census year, the key aspect is at the state level. Unfortunately, gerrymandering will continue regardless of which party controls state houses and governorships. The good news for Florida will be additional Congressional seats because of our state’s growth in population.

We will continue to develop our individual relationships with early stage TI such as Alexa, Google Home and all “smart” appliances. While the change might be minimal in 2020, by the end of the decade we might all live within individual TI cocoons that are intelligent extensions of our selves.

We are entering a historical transition from the last two centuries of government structures and nation-state alliances. The old models will start to give way to what is of this new century. In 2020 expect that, at any time, there will be news reports of massive demonstrations and even violence. On the other hand, there is a new trend — displayed last year in New Zealand and Finland — where the Millennial generation is in ascendancy in democracies. “In with the young” will be a clear trend.

I am not a market timer. I was wrong in thinking that the equity markets would have a significant collapse last year. In 2020, I still think that there is too much disconnection from deeper realities for the equity markets to be higher, or the same as they are right now, by the end of the year. Long term, there is going to be a major reckoning a few years out. More on this important topic to all of you in the next few columns here.

The game is over. Streaming has won. As far back as 2014 I forecast of collapse of the TV model of broadcast and cable. I forecast that many of you will cut the cable cord and only stream on your Internet connections. This will simply be a matter of cost comparisons. As cable declines, expect cable companies to increase high-speed connections costs to compensate. In addition, the theatrical distribution of films will continue to decline, a physical place business of the 20th century that has faded with spatial connectivity and 65-inch 4K screens at home. A monthly Netflix subscription is about the same cost as a single ticket for a 2-3 hour experience.

Yes, there will be further triumphs with space launches both in partnership with NASA and privately. The first trips to sub-orbital space may happen this year, but certainly in 2021 in some limited initial form. The real breakthroughs will happen during this decade, with the launch of the James Webb satellite in 2021 a significant next step towards learning more about the cosmos.

We have entered an era of ever-cheaper energy. Oil will be solidly in the $50-70/barrel price range for the foreseeable future. If it goes above or below those levels it will only be temporary. What will continue is the massive write-downs from the oil and gas companies. A year ago, I forecast this and last month they began. Climate change has and will continue to drive solar, wind and next-generation nuclear, all of which are needed to get to 70% clean energy by 2030. Energy is roughly 20% of the global GDP so this sector will be in an ongoing state of disruption for the rest of the decade. Be very careful where you invest in this sector.

One of the historically most conservative business sectors is about to become a leading indicator on risk. It will begin to redefine markets. For example, 2020 may be the first year where lenders will not provide more than a 15-year mortgage for any beach-front property in Florida. This will happen this year in Miami-Dade and Broward counties, where beach-front property prices are already flatlining.

Clearly, all the dire predictions in this area have and are coming true. We have entered the “fight or flight” era in this regard, and we will be here at least until 2050. This is one of the reasons I wrote “Moving to a Finite Earth Economy — Crew Manual,” a book that sets forth a decade-long plan to successfully face the climate crisis by reinventing capitalism. Nothing less will work. In 2020 we will continue to see stories such as what is happening with the brush fires in Australia. Does it not look like Dante’s “Inferno?”

In futures columns I will look at the 2020 decade in depth.