All the Cascading Consequences Ahead 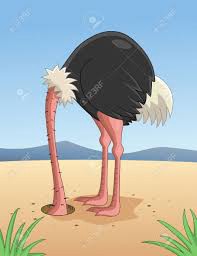 [This column was published earlier here in Medium]

Everything that is happening now will be triggering cascading consequences well into the future. We are all so fully immersed in the disruption we are going through… there are huge problems we are managing as leaders, workers, parents, students and simply being family members. It is difficult to get above the day to day adaptations we all must carry out, to see what lies ahead.

A historically unprecedented lack of national leadership concerning the greatest public health crisis in my lifetime has been shadowed by an incredibly stupid lack of leadership at the state level. Without the ability to test and receive results in minutes, we will not be able to open up the economy or educational institutions, or indulge in any kind of social activities. [Why are red state governors so fixated on bars, massage parlors and tattoo salons, and not schools?]

The cascading effect of this tragic lack of leadership by the White House and governors is that we will be living as we are now for another 12 months. It will take the new administration at least 6 months to mobilize, organize, plan and implement everything necessary for the health and well-being of Americans and the American economy. If not longer.

What has happened is that the White House, and governors who opened up too soon, are now caught between admitting failure – and taking responsibility for the needless deaths of tens of thousands of Americans – or pretending that everything is fine. Starting the first part of August an continuing until now, the ostrich-like position of the White House and governors including DeSantis and Kemp, means that the economy will collapse even worse than the depression described in this space months ago.

As written months ago, the key for economic recovery was/is/will be based upon successfully facing our global public health crisis. There is simply no other way. Forces of nature have been accepted throughout history, whether they are floods, hurricanes, droughts, earthquakes, tornados and yes, pandemics. The fact that the virus is invisible, and the others are not, is part of the idiocy of believing that opening up will be just fine. It is not all going to just simply go away. Facing the pandemic takes courage, intelligence, a willingness to listen to experts… and a lot of work. It takes leadership to unite Americans to stand together to fight a common enemy.

But no, not this President. Not the Republican governors who, following the psychopath in chief, opened up state economies before meeting even the minimum guidelines of the CDC and the Corona Vision Task Force.

The profundity of leadership is to set the tone… to lead by example. When “the most powerful person in the world” embraces the ostrich as his leadership model, his followers emulate that deadly stupidity.

So, America, instead of being “that shining city on the hill” as Reagan called it, is surfing sewers of pestilence, death and destruction.

These ostriches are responsible for at least 100,000 deaths in America so far. In addition, there are probably ten times that number that will have lasting disabilities and chronic health problems for the rest of their lives. There will be somewhere around 250,000 dead Americans by November 3. That is twice as many dead as in WWI,  and more than WWI, Viet Nam and Korea combined. By the time the idiot in chief leaves office in January, he will have overseen more American deaths in a single year than any president. WWII lasted four years and therefore FDR is the only president whose administration saw more deaths.

Back to the coming cascades of consequences ahead.

All this death and destruction could have been prevented. The reality is that this health catastrophe is also going to deepen and lengthen this first depression of the 21st century.

If you are a non-mask wearing follower of the ostriches, you must remember that any economic hardship you face in the next two to three years stems from this callous, politics above people administration.

Here are just a few of the economic and social realities ahead:

This list could literally go on for another few pages. These are just some of the cascading economic consequences ahead. All due to the reality that a powerful pandemic was not met with courage, intelligence, a willingness to listen to experts… and, most important of all, leadership.

Email
Prev: America Has Become a One Marshmallow Country
Dark Winter Ahead: Next