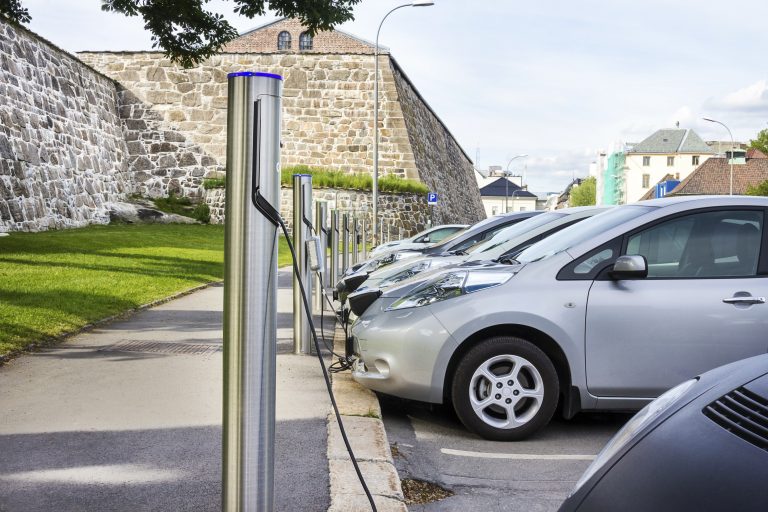 [Much of this column was originally published in the Sarasota Herald Tribune that is part of a series on the “loss of paradise” and the need to be preemptive in planning for the future.  This planning must no longer be the propagation of what was, what might have worked in the past, or as named in the last column, legacy thinking.

This is true in the Gulf Coast of Florida, in the plains of the Midwest, in the mountains of the west and of course any urban area built on the ideas of yesterday.

This column looks at two of the obvious and big areas of change directly ahead: energy and transportation.  These two sectors together comprise roughly 40% of both the U.S. and global GDP.  By the end of the 2020s the huge changes in both of these sectors will be full blown and will be the new emerging reality.

The vast majority of homes that have solar panels are generally worth more in the U.S. and Florida. Buyers of homes see such installations as being of great value. With the recent run-up in the cost of energy, the sun’s energy is free and, in the Sunshine State, plentiful.

Make sure that any homeowner that wants to install solar panels should be able to do so. If Sarasota can increase the community-wide installation of solar panels, the cost of living goes down. In addition, it has been made clear in the national real estate market that dollars invested in making homes ever more energy efficient or independent disproportionately increase the home value.

We have half a dozen wind chimes around our house and they seem to make their wonderful sounds much of the time. Well, there are now many options for the installation of small wind turbines for home use now on the market. For hundreds up to thousands of dollars, a homeowner call offset much of their energy costs by simply installing a small wind turbine. Again, not just the right thing to do in our climate-crisis state, but also a way to lower living costs.

There should be no restrictions on the installation of any solar or wind energy systems in the Gulf Coast. In addition, rental apartment complexes can do the right thing by using such on-site installations.

In the 2020s, the U.S. will be moving away from internal combustion engine cars to electric ones. While the percentage of EVs as part of the overall cars on the road is still in single digits, it will be well into double digits by the end of the decade.

Currently, the purchase price of EVs is still more than the comparable ICE vehicles, which has slowed growth. A Tesla is still thought of as a luxury purchase, even with the $7,500 federal offset. By 2025 all the major automotive companies will offer multiple models of EVs. There will be more than 20-30 models available and the clear understanding in the automotive industry is that the goal is to make a good number of them affordable and competitively priced to ICE vehicles. I expect to buy an affordable EV in 2025-26.

Bringing down the price, in part, will be innovations and inventions in the battery business. Billions of dollars are going into battery breakthrough technologies driven by the exploding EV market and the need to make variable energy sources more competitive.

Yes, EVs are the right thing to do in our climate crisis. Yes, EVs are desirable in a world of high-priced gas. They are also silent, which means the sounds of distant full-throated ICE engines will lessen. Sometimes it sounds and feels like the arterial streets in Sarasota and Bradenton are places for drag racing.

There are always huge business opportunities that are created whenever there is a massive move to new technology. For example, before PCs and Apples, there was no real need for a “tech support” industry. Millions of people now work support our tech needs around the world.

There are millions of “classic” cars and trucks owned in the U.S.  People have them and collect them for a variety of reasons, but nostalgia and style are key.   A huge business opportunity ahead will be to take Internal Combustion Engine [ICE] vehicles and convert them to electric.  “De-Icing” will allow owners of beloved older ICE cars to power them with the new electric technology.  An added benefit of course is that the older the car, usually the lower the gas mileage, so this De-Icing industry will allow people to lower GHG emissions.  I am convinced this will be a huge business by the end of the decade.

Finally, and this is more toward the end of the decade than the move to EVs, is the move to autonomous vehicles, driverless cars and trucks. This is the new world of personal transport. The elimination of the most dangerous part of the driving experience, the driver.

What autonomous vehicles will do is dramatically lessen the number of vehicles on the road.

For example, I live in a developed community of 103 houses. All have two- and three-car garages. By the looks of it, there are probably 200-250 cars, SUVs and pickup trucks in the community. In the autonomous vehicle future, there might be only some 20-25 vehicles needed instead of 10 times that. Why? These vehicles will operate up to 22 hours a day with two hours taken for self-recharging. A car request app will bring a car to your house.

The average American drives their car only 10% of the time. The rest of the time it is parked at home, at work or in a parking lot while shopping. In 10 years, that will be remembered as a huge waste of time and money.

With an ever-increasing number of us working from home and with traffic that didn’t exist 10 years ago, having autonomous cars will allow our communities to have far fewer cars on the road and thus much less time-consuming traffic problems.

So, in summary, the coming energy and transportation trends can truly allow any area to become more livable, lower our costs and increase our time for other things. However, we need to start to think, plan and act on this rapidly approaching future.

email
Prev: We Must Let Go of Legacy Thinking!
It’s the Decade Stupid!: Next