The First Depression of the 21st Century 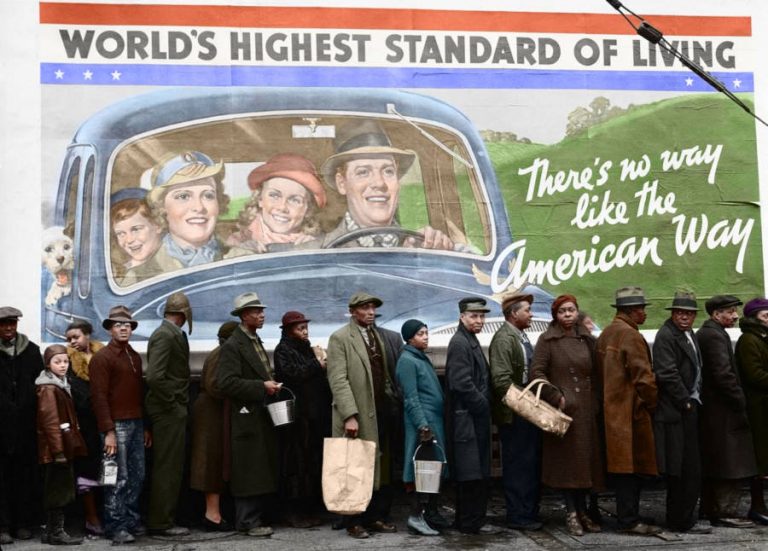 [Much of this was published in the Sarasota Herald-Tribune.  Expanded because of no space limitations here]

Yes. The dreaded D-word. The one prognosticators are dancing around. “Could this be a Depression?” or, will this lead to “Depression-like numbers?”

Folks, we are in a Depression! The first one in this century. There have been 11 recessions over the last 110 years, but only one Depression: The Great Depression, which started in 1929 and lasted until WWII.

At this point, I am sure some readers are either resistant to or scared of the word. So, let me give you some data and, of course, forecasts.

As of today the unemployment numbers show 30 million Americans out of work since February. There are approximately 130 million full-time jobs in America. 30 million is 25% of 130. Add in the 3.5% unemployment at the start of this year and we are at 28.5%. Add in the reality that people haven’t been able to get through online to file, and 30% is a fair number.  Add on the new unemployment filings this week and next and we will most definitely be above 30%. Depression numbers.

The three highest levels of unemployment during the Great Depression were:

Given all the uncertainties around COVID-19, it is difficult to estimate what GDP, nationally and globally, might be for 2020. My forecast is that U.S. GDP for 2020 will be down at least 5% compared to 2019. If, in the Fall, we experience a “second wave” of the virus, then we will be closer to a 10% decline… or more. 2021 will be half the percentage decline of 2020. Again, let’s look at Great Depression numbers on the year over year of GDP decline:

Hopefully this depression won’t be as bad, but how the US and the world coordinate to handle the pandemic over the next 18 months will determine how long and deep it will be.

We will soon be getting some real data on this as some states are now in the process of slowly opening up. This means that by the end of May we will know whether that was a good idea or a really bad one. I think that many politicians, from the White House to governorships, do not fully grasp that the cause of the Depression is this public health crisis; and that defeating the virus with testing, tracing and treatment is the best economic strategy to take.

I have always admired leaders who truly are interested in their constituents’ well-being and who, in times of crisis, step up to lead. I don’t think I have ever witnessed anything as bizarre as Governor Kemp of Georgia announcing with great fanfare, in the third week of April, that in five days he will open up hair salons, tattoo parlors, bowling alleys and massage parlors. Not exactly Churchillian. Equating freedom with opening bowling alleys and tattoo parlors is a new low.

We will be watching to see how Georgia residents respond. Will the shops open? Will clients patronize them? And in three to four weeks, we will find out whether the number of cases of COVID-19, and resulting deaths, start increasing again.

When making forecasts, it is not about being optimistic or pessimistic, it is about accuracy based on data, information, and both long and short-term trends.

Debt is a long-term concern, but not so relevant in the short-term. That said, the deficit was $1 trillion in 2019, the first time that ever happened in a growing economy. The 2020 deficit will be around $4 trillion, a number that should stop you in your tracks.

The total amount of debt in the global economy was estimated at $260  trillion last year. The global GDP was estimated at $87 trillion.  That is a 3 to 1 debt to top line growth ratio.  Not good.  Now of course, if  my estimates in this column are accurate, the $87 GDP will probably slide to $80 trillion if not lower.  The amount of new global government debt due to COVID-19 will most likely be in the $5-10 trillion range.  Using the higher number,as other types of debt will be created, that means that by the end of  2020, global GDP will be $80 trillion and total global debt will be at least $275.  That takes the debt to top line growth ratio to 3.5.

Let’s put that in historical perspective.  In 2000 the global GDP was $34 trillion and the total global debt was $87 trillion. That was a ratio of 2.7.  I have yet to hear a cogent theory or plan as to how this ratio goes down.  More in future columns.

I am by no means a forecaster of stocks or am I am market timer.  I simply cannot see how the current equities markets are in sync with a global depression.  Evidently there have been short rebounds in the market at the onset of big recessions.  I think this is a particularly good forecast from someone that has much deeper credentials than I about the equity markets.

I am not sure I can fully justify this forecast, but a 15,000 DJI by the end of the year is what I keep coming back to in my mind.  [As I have always stated in such columns, I am NOT an investment advisor, nor certainly a proven investment or finance guy, just a futurist with a keen sense of trends and directions]

We are entering a period of deflation. Yes, the other D word. There was a run-up in prices for toilet paper and other staples these past few weeks, but groceries and cleaning supplies are one of the few product categories that will not suffer deflation.

I know that some of you might think that with the Fed printing trillions of dollars there will be inflation. There wasn’t inflation in 2008-2012 resulting from the last major bailout, and there won’t be now. Used car prices have dropped almost 15% in the last month. Do you think people are ready to splurge when they haven’t been paid in months, their place of employment has closed, their savings are dwindling, or they owe months of rent? Of course not. After the initial ‘getting out of the house’ euphoria, when people have finally had their hair cut or their nails done, they will be watching their pennies. There will be more supply than demand.

Apparel, and its subset fashion, are down for the count for the next two years. Cars sales have plummeted and will continue to do so. Many bars and restaurants will not reopen, and some that do will end up closing their doors. There was already a saturated market and now, with social distancing, it is hard to see how restaurants with 50-75% fewer seats will survive.

The business sectors facing uncertainty and definite deflation, at least until there are successful treatments that eliminate death, and ultimately a vaccine that prevents the virus, are:

This all comes down to three primary drivers: Lack of income/loss of a business, initially more supply than demand, and a significantly changed sense of self relative to being self-quarantined. We will have a different relationship to consumption than we did at the start of the year. We all will certainly learn lessons around what is really important, core to survival, and what is not. Just as the Great Depression scarred my parents, and resulted in them saving, saving, saving even well after good economic times returned, this depression will trigger all to save for a rainy day, or the next pandemic.

Again, my goal is to be right in my forecasts, so you can plan. I don’t think I am wrong in any of the above, though I truly wish I was. Future truth.

Email
Prev: Baby Boomers and COVID-19
The Futurist Becomes the Canary in the Mine: Next