The Futurist Becomes the Canary in the Mine 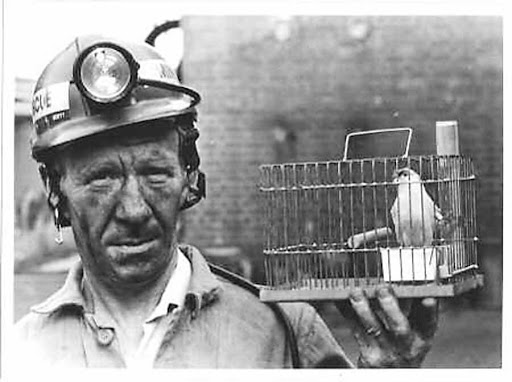 [Note: this column was just published in Medium  a great place for thoughtful commentary.  Please follow me there as well as here.  Thank you!]

In 2017, I went back into the world delivering presentations about humanity’s general future… my primary occupation. I realized that I had forgotten about a firm statement I had made 10 years earlier: in the Shift Age, the speed of change would accelerate to the point where it was no longer a linear line, but that change would become environmental. All aspects of our lives would be in simultaneous states of change. In 2010, I announced that the speed of technological change was the slowest it would be for the rest of our lifetimes.

As I prognosticated about the 2017 to 2030 timeframe, I realized that humanity’s future in this new century would be determined during this 13-year period. It became apparent to me that massive change and disruption were about to occur, and it became all I could focus on. I could not get out of my head the famous and apocalyptic statement of R. Buckminster Fuller from 1970:

“In several decades, humanity will come to a fork in the road, and will have to choose between utopia or oblivion.”

Not only had humanity reached the fork in the road, but we had mindlessly started down the path to oblivion. I remember a speech I gave at a technology college, when, speaking about imminent and massive change, I said that I felt like both a futurist and the proverbial canary in the mine.

We have entered a decade that will, depending on how we navigate it, largely shape the 21st century.

The highest value I can bring to the world — to businesses, governments, associations and individuals — is to be right about the future. If I cannot provide a correct sense of direction, accurate forecasts, and provoke people to think about the future in new ways, then I am not of value.

Futurists are often called to look decades into the future. I have done that and continue to do so. However, given that the speed of change has now become environmental, it is clear to me that to look beyond the 2020s is a fool’s errand. What is about to happen, the massively important choices we will have to collectively face, the huge unknowns of such things as climate change and technological intelligence, mean that the future has been accelerating to NOW. The future is now. Now is the time to leave the mine.

We are at that inflection point, the nexus of change. The historical moment which will set civilization on its’ path for the remainder of the 21st century.  The 2020s will define the direction for humanity, including our survival as a species.

One of the real problems facing humanity today is the belief that what we perceive as reality will continue. To state this relative to the Fuller quote, we have already started down the path to oblivion. We are not aware of where we are headed, or even fully aware of where we are. We pay little heed to the massive changes going on around us. We tend to think of these big, new events as exceptions to the reality we cling to, not an emerging new reality. We are therefore always behind, in reaction mode, not anticipating or taking proactive actions. This is why, as a futurist, I feel urgency to sound the alarm!

Alarm, not because that is the sentiment needed, but more a loud, ringing warning that we must, in this moment in history, fully accept that this is the most critical moment in recorded history… and that the canary has died.

We must quickly exit the mine. The mine of legacy thinking, 20th century conceptual constructs, and the mine of emotional attachment to the memories of the past. Our belief systems and our perceptions of reality are no longer valid.

“We look at the present through a rear-view mirror. We march backwards into the future.” — Marshall McLuhan

To stay with that metaphor, my job as a futurist is to see and then share the view through the windshield, looking ahead up the road.

“The future is here, it is just not evenly distributed.” — William Gibson

As a futurist I attract, and am attracted to, people from around the world who are thinking and writing about various aspects of our collective future. Many of these people are brilliant and driven by a love for something at risk of being destroyed due to ignorance. Over the past few years, the number of these people has been rapidly growing. A critical mass is developing in many fields of human endeavor: climate change activists, technological intelligence engineers, genetic researchers, spiritual elders, conscious capitalists, space explorers and all forms of hackers [bio / life / environmental / intelligence / cyber]. As a futurist, I see it as my challenge to synthesize all these areas into the over-arching trends and contexts that can provide cohesive thinking about the truly big challenges and opportunities we face, now, here in the 2020s.

We now must exit the mine of legacy thinking, of holding on, of resisting disruptive change in order to see where we truly are and collectively postulate the paths we need to take — NOW!

email
Prev: The First Depression of the 21st Century
Covid-19 and Our Near-Term Future: Next