“The 2020s: A Decade of Cognitive Dissonance” 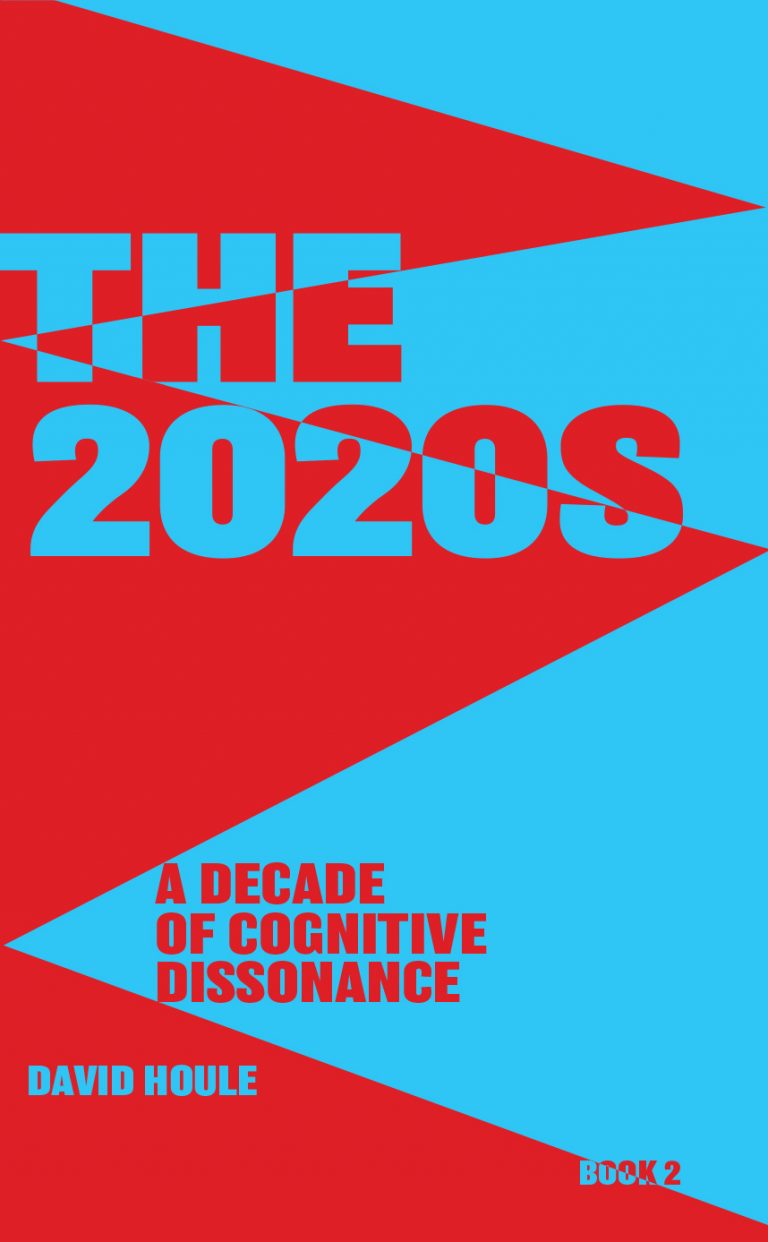 First, a thank you to all the people who have purchased the just released paperback version of my latest book.  Clearly many people are realizing that they are in various states of cognitive dissonance.  It is the state we will be in for much of this decade.

Second, this is the first of several columns that will largely be excerpts from the book.  Below is the Introduction.  Hopefully it might prompt you to take a deeper look into why we will be experiencing more cognitive dissonance than ever before in our lives.

“The 2020s is and will be the most disruptive and transformative decade in history.  There is no major part of society, culture, business, economics, politics and civilization overall that will not be disrupted and changed in this decade.  In fact, it is these next ten years that can and may well set the direction of civilization for the rest of the century.

This is the second book of a series that will look at the major trends, forces, and disruptions of this decade.  This book provides an understanding of what will be an almost constant state of change.  There is no going back.

On many fundamental levels what we are entering is a completion of the Shift Age, the transition from the historical reality humanity has experience up to 2000 to the new, altered reality we will be largely living in by the 2030s.

Cognitive Dissonance is a phrase many do not know the definition of, yet most of humanity is now in this state.  This book is to educate about this unmoored feeling of disorientation and to help prepare us all for learning how to live in it and create our future with it.  Part of successfully adapting to massive change is to have some forethought about it, and what it might mean.

For those of you who know my work, read my books, blogs, columns or heard me speak (in person or on video), thank you for returning.  For those of you who are reading a book of mine for the first time, here is a brief introduction.  After living a life that, in many cases, was “ahead of the curve” (see my bio at the end of the book) I became a full-time futurist in 2005. The three most influential futurists of the 20th century – R. Buckminster Fuller, Alvin Toffler, and Marshall McLuhan- shaped my thinking and do so to this day.  In the most honorable way, I stand on the shoulders of these three great visionaries to look further into the 21st century than they did.  To a great degree this is because the clarity of thought and the hugeness of the intellects of these three men is still of great value for how we navigate our future.

As we have learned in the last 50 years, science fiction often becomes science fact. This will accelerate in the 2020s. Hand-held devices, body scanners, brain implants, space travel, driverless vehicles, a dramatically changed definition of the workplace, entirely new business models that integrate the future into the past models that work, extending life expectancy extension, genetic enhancement, and a new growing collective consciousness are all things that will make their continued impact in the 2020s. Fiction becomes fact.  Imagination becomes manifest in the real world.

We stand at the apotheosis of human evolution.  We are smarter, bigger, more technologically integrated, well-off, and better educated than in any time in history.  In the last two centuries the Industrial Age and then the Information Age have delivered unprecedented progress in the quality of our lives.

Standing at this historical peak of human evolution, we have a true chance to take our next evolutionary leap.  We can successfully navigate the dynamics rushing toward us to realize our ultimate next step: a merging of humanity to a new level of abundance, higher consciousness and a global integration never experienced before.

However, the 2020s might also be a decade of reckoning… across the board we will be facing “fork in the road” decisions as a species that will absolutely determine the path of human civilization for the rest of the century.

The coming decade will shape the future in ways almost unimaginable.

Email
Prev: A Decade of Cognitive Dissonance Column 2
The Future of the Workplace #1: Next