The Greatest Generational Change in History has Begun 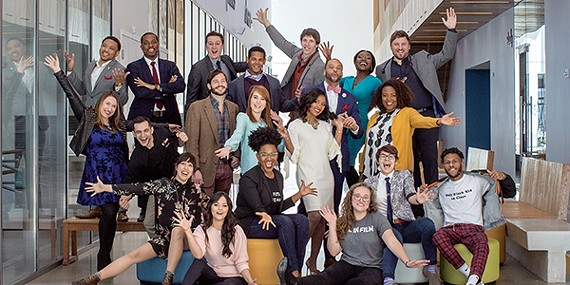 The United States, and many countries in the world, are about to experience the greatest transfer of generational influence, power and absolute number of people in history.

The Millennial and Digital Native/Gen Z generations, those born since 1981, will become the majority of the U.S. population in 2020. Each of these generations are now bigger than the Baby Boom generation.  This will trigger massive change for all businesses.

I use the name Digital Natives as it more clearly defines the generation than the moniker Generation Z [I have never understood this alphabet thing.  What happens next, another run through the alphabet starting with A?]  They are the first generation born into the digital age.  They were born into information overload, but to them it is simply reality.  Studies have shown that they have more synaptic activity going on in their brains that we do as a result.  The Digital Native generation is truly different in thinking, awareness and consciousness.  They will be the first fully formed generation of the 21st century.

Today we live in a country – and a world- that was largely shaped by the Great Generation [born prior to 1928], the Silent Generation [born 1929- 1946] and the Baby Boomer Generation [ 1946-1965].  Our mind set, social norms, workplace values and structures were put in place by these three generations. This is what Boomers and GenX [1966-1980] people in business consider “reality”.  That reality will be transformed in the next 10 years.

Here are several ways to think about this as you look into the future of your business:

-These two generations, particularly the Digital Natives, the first generation of the 21st century, do not value, trust, or even respect the institutions of their elders.  The don’t see the government working well, they don’t trust big financial institutions, they are the first generations to come of age with both war and less than a prosperous economy being all they know.

-These young generations are less materialist and more experiential than prior generations.  They would rather take an adventure trip with their friends than buy an expensive thing.

-They want meaning in their lives and want to feel they are both contributing and making a differenc.  Sure, they want to make money, but they are not as materially focused as their parent’s generations.

-The Millennials and Digital Natives will soon be the potential majority of both your customers and your employees.

What all this means is that workplace and marketplace realities will change substantially by 2025.

Relative to the workplace, complete equality of the sexes will be expected, more vacation time might be more important that a raise, flexibility of dress code, work hours and what purpose or social good your company stands for will be of importance.

In the marketplace, the sharing economy, the more collective social aspect of these young generations, the complete comfort and reliance on technology, the desire to have access to things rather than owning them will alter the economy.

Look at your children or grandchildren, recognize how different they are than you.  Then prepare for a changing economy and ways of doing business that reflect those differences.

I have had conversations with numerous Millennial CEOs – yes, there are already a lot of them- and they voice common thoughts:

-They feel they need to alter or buck the management theories and practices of the Boomers and GenXers. They question current processes and practices.

-They express impatience with the slow pace of business and are always trying to find ways to get their companies to move faster and to be able to change course quickly if needed.  Flexibility and speed are two words I have heard Millennial CEOs say a lot.

-They consider themselves to be a bridge generation between the prior generations and the Digital Natives born since the late 1990s. They see how different this 21st century generation is from them.  I have heard several 30 and under CEOs tell me that they feel their responsibility is to be the bridge from past/current ways of doing business to the future ways business will be done by the Digital Natives.

-They are deeply into technology.  They view it not as tools, but the core of any business.

-They are not at all afraid to fail.  This makes them almost supremely confident.

-They want to make an impact.  Yes, they want to make money, but making a difference, changing the way people think, altering how people work and aligning work with values or the common good are topics they often express

This unprecedented generational shift is already underway.  By 2025 it will be clearly seen and felt in the United States in most business sectors.  The new generational attitudes, sensibilities and outlook on life will affect American  culture and society before they transform the business sector.

We will be living in the new world of Millennials and Digital Natives in a few years.  Be open to it as they are leading us into the developing reality of the 21st century.

Oh, one last fact: only 20% of Millennials have ever had a Big Mac. Change is coming!

Email
Prev: The Transition from an Ownership to a Rental/Access Economy
The First Whitepaper from the Sarasota Institute: Next