The Transition from an Ownership to a Rental/Access Economy 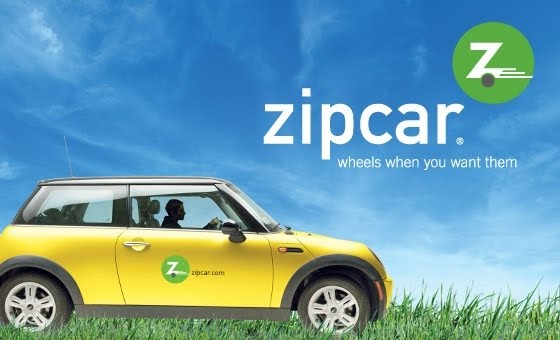 [Note:  this column first appeared at The Sarasota Institute ]

The developed countries of the world are in transition from economies based upon ownership to ones increasingly based upon rental or access.  As much as any other trend, this will transform economics, consumption and how we live.  The concept of ownership is deeply embedded in economic thought, policy and practice and has been for centuries.

This trend first became clear to me some nine years ago in the area of real estate. It was clear that housing starts had dramatically moved from single family homes to multi-unit rentals. The all-time high mark of home ownership in the U.S. was 69.2% in 2004 and was at 68% when the mortgage crisis hit in 2008.  The current level of home ownership is 64.3%.  It will never again reach the 2004 level.

In the European Union, where the history of ownership is much older, the high level of home ownership was 73.2 in 2008 and is now at 69.2.  Again, I think that the old high-water mark will not be met again.

Since the Great Recession, there has been an explosion in rental, subscription or access models across the developed countries of the world.  Think first about content.  We have moved from purchasing CDs to MP3 files to streaming services such as Spotify.  We have moved from purchasing DVDs to monthly streaming subscriptions.  Streaming TV services are growing dramatically.  It is expected that by 2020 Netflix will have 140 million individual users, Amazon Prime 96.5 million and Hulu 35.8 million.  All of these are paid. YouTube still leads overall with 198.7 million users projected by 2020.

The area of personal transportation is where there is a true move from ownership to rental.  The average American uses their car 4% of the time.  The remaining 96% of the time the owned car is just sitting, depreciating.  There are numerous car- sharing services such as Zipcar that allows members to use cars by the minute, hour or day, picking up and dropping off at ever more designated locations.  There are emerging platforms that are combining used car dealerships so that used cars can be rented on a monthly basis for $200.  A year’s rental of $2,400 is, in most cases, less than the annual depreciation of a new car.

Ever more cities have rental bikes, electric bikes and scooters that allow to pick up at one location and drop off at another.  This will move to small cars in many cities.

There are higher end concierge services where one can pay $800-1,000 per month and switch out cars as often as one wants.  One can leave a Mercedes at a valet car park, have dinner and come out to get the keys to a pick-up truck.  Even top tier car companies such as Mercedes, Cadillac and BMW that sell new cars, are experimenting with subscription models for new cars, with much less contractual restrictions as leasing.

Relative to the sharing economy, people can now rent out their own cars, creating a revenue stream for the 96% of the time they are not driving.  An Airbnb for cars.

The next step in driving down individual ownership of autos is the coming age of the autonomous – driverless- vehicles.  These will dramatically drive down both the number of cars on the road and the percentage of cars on the road that are owned by individuals.  I live is a development that has some 60 houses. This translates to approximately150 people and the same number of vehicles.  In the coming age of autonomous vehicles this sized community could be served by perhaps 20-30 driverless cars, going 24 hours a day when not getting recharged at charging stations.  Think of always available driverless Uber cars.  In fact Uber and other ride share companies are actively developing the fleet concept of such vehicles.

In the developed world, research consistently shows that the Millennials, born 1981-1997, and Digital Natives, born since 1998 are much less materialistic and much more experiential than their parents’ generations.  They are the first generations to grow up with a developed sharing economy, where ownership seems odd and sharing and access makes a lot more sense. To these ascendant generations, ownership feels burdensome.  The ability to move freely without ownership of “stuff” seems much more prevalent than prior generations.  “Keeping up with the Jones” ownership model of post-WWII America is moving more toward bucket lists of experiences.

An entirely other dynamic that is driving this move to access is the growing understanding that the consumption economy is one of the causes of climate change.  Every time something is manufactured, some natural resource is used.  So, the sharing of things, the using of things to create revenue, the buying of used items rather than new all point to more of a circular economy than a pure growth economy.

Now, take a big step back and view this new access/rental/sharing economic model versus the older ownership model.  What one sees is a major disruption of one of the foundational structures of global economies – producing for mass ownership.  More people accessing fewer things produced.  More people desiring access than constant ownership. This is a huge structural change that will disrupt, distort economies and ultimately could drive GDP numbers globally to contract.

email
Prev: Peak Auto
The Greatest Generational Change in History has Begun: Next