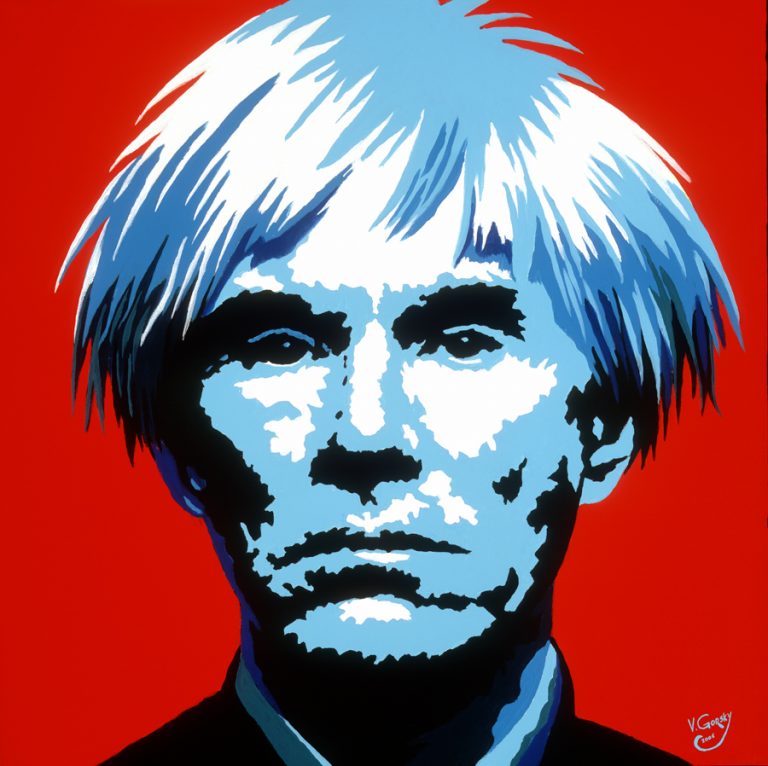 [This column first appeared at The Sarasota Institute, a 21st century think tank that I co-founded with Phil Kotler, Jason Apollo Voss in 2017.  Please visit the site and if you like what you see, please sign-up for email notifications.  Thank you!]

This is a pretty catchy title isn’t it.  Thank you for reading.  You may think this column is about Trump, but it isn’t, it is actually about Andy Warhol.  Trump fits within the Warhol paradigm, not the other way around

As a professional futurist I am frequently asked questions such as: “Who are the futurists that most affected your thinking” or, “What futurists have been most accurate with their forecasts?”

My answer to such questions have loosely been something like this:

In order of both affect and accuracy:  Alvin Toffler, Marshall McLuhan, R. Buckminster Fuller, Andy Warhol, Nicholas Negroponte and more recently Ray Kurzweil.  Whether it is someone knowledgeable about futurists or not, there is one name that always stands out:  Andy Warhol.

We all live in Andy Warhol’s world.  If our popular society and culture has any founding father, it is Warhol.  He:

-coined the phrase”  “in the future, everyone will be famous for 15 minutes”

-said:  “I am a deeply superficial person”

-painted pictures of Campbell Soup Cans and Brillo Boxes at a time of Abstract Expressionism, launching the worship of brands

-led the Pop Art movement and therefore is a founding father of the merging of Culture and Pop Culture.

-was an early commentator on waste and the use of land.

-was the person to first popularize the “selfie”

Now this short list of his many influential statements or creations doesn’t have anything like invented the computer, or created the Internet, but if you think about our culture, he has to be thought of as one of the key, primary influences.

In the world of social media and YouTube, everyone is or can be famous for 15 minutes.  The ephemeral nature of fame is greater now than ever before.  We now speak about the 24-hour news cycle.  People who we have never heard of become front page news or magazine covers and then a week or two later have dropped from view.  A You Tube video can gather millions of views within days.  The Internet is the connective tissue of media today.  It is the means for the realization of Warhol’s vision of the future.

Given this new reality, it lends value to Warhol’s creation of the phrase Super Star.  There is fleeting fame and then there are transcendent stars that are astride the culture.  Elizabeth Taylor wasn’t a star, she was a Super Star. Think Madonna, Michael Jackson, Bruce Springsteen, the Stones. I doubt that anyone reading these words has not used this phrase that Warhol defined and put into high use.

Much of Warhol’s early work was the depiction of brands; Campbell Soup cans, Brillo boxes.  This at a time when Abstract Expressionism was the mainstream modern art in the U.S. and Europe.  He was initially ridiculed for this work as not be anything more than painting of brands.  Well, since that early work has been embraced, have we not become a world of brands?  I see lots of people named The North Face, Columbia, Abercrombie & Fitch, Under Armour, Nike, walking down the street.  Brands are now appropriated to create an identity.  Having the latest Air Jordan shoes defines one’s self and values.

So, we live in a brand world.  In my childhood and youth, we didn’t walk around in clothes that had brand names on them.  Now it is often hard to find clothing that is not branded in some way.  Are you an iPhone or an Android person? We live in Andy Warhol’s world

Up until early post-WWII, Culture – with a big C- and popular culture were distinct and separate.  There were the traditional high-brow culture vehicles from the past, opera, classical music, literature and plays.  Warhol, TV and Rock and Roll altered that landscape.  High culture and mainstream culture merged.  We became a Pop culture. A world envisioned by Andy Warhol.

Warhol brought the process of silk screen to high end art.  What did he portray in his big silk screens?  Celebrities.  Marilyn Monroe, Elisabeth Taylor, Jackie O, Mao, Liza Minelli, Muhammad Ali and many others.   Up until Warhol, there were primarily stars.  Movie stars, TV stars, radio stars, people who had been made stars by the mediums in which they performed.  Today there are people who are famous because they are famous.  They have extended their 15 minutes into a career.  Paris Hilton, Kim Kardashian are two prominent women who are examples of this.  We now worship celebrity.

Of course, Warhol also created a lot of images of himself.  Can you think of another artist whose face is as widely known as Andy’s? Warhol created, at a high artistic level, the selfie.  It is impossible to move in the world today and not see someone taking a selfie.  Look at me!  Look who I am with! Look where I am!  This entire selfie culture is a personal narcissistic extension of the celebrity culture.

Which brings us to President Trump.  Trump is the first celebrity president.  He won the Republican primaries because he had higher name recognition than the other 16 candidates combined.  He had spent 30 years building up Trump the Brand.  Part of how he did that was hanging out with other celebrities; “The Celebrity Apprentice” being an example.  Yet he was the supreme celebrity as he could fire the others.

He campaigned on his brand promise of being well-known, of being a successful businessman – a clear situation where brand triumphs over reality.  He ran on his brand and his celebrity and won, in large part, because of them.  Hillary Clinton was not exactly a keen builder of her brand.  She had no brand other than her CV and being a woman.  She didn’t understand the power of a tag line.  Quick, what was her tag line to create emotion?  What was Trumps tag line?  A clear triumph of branding, tag line and promotion.

Yes, there were many factors that affected the 2016 election.  However, it is unimaginable that a non-celebrity, with no name recognition, with no brand but saying everything that Trump said campaigning could win the presidency.  Yes, he spoke populism and being a businessman.  Hundreds of politicians have taken those positions and never won.  Trump did because he got coverage as a celebrity in a celebrity culture.  He out-branded and out-tag-lined all the other candidates.  What is the one item that still remains at the center of 2016 campaign images?  The red hat with the white letters.

Trump is clearly narcissistic, ego-centric and totally sensitive on how he is portrayed.  He is brand sensitive to the extreme.  The image is more important than the content.  He is a master at stage management.  All these are superficialities and we criticize him for that.  Yet are we all not attracted to the superficial and immediate in our celebrity culture?

Andy Warhol said about himself: “ I am a deeply superficial person”

Trump is the first Warhol president.

Here are some other areas of our current reality that Warhol either forecast or commented on socially that have since become mainstream or simply happened:

“Land is really the best art”

“Everybody needs a fantasy”

“Fantasy love is much better than reality love”

“The most exciting thing is not doing it.  If you fall in love with someone and never do it, it’s much more exciting”

“When I got my first television set, I stopped caring so much about having close relationships”

“I love Los Angeles, and I love Hollywood.  They’re beautiful.  Everybody’s plastic, but I love plastic.  I want to be plastic

“If you wear a wig, everybody notices.  But if you then dye the wig, people notice the dye”

“If you want to know all about Andy Warhol, just look at the surface of my paintings and films and me, and there I am. There is nothing behind it”

The reality that Warhol forecast – one of celebrity, brand, fame, superficiality and fantasy- we now live in.  Donald Trump is our first Warhol president, for better or worse.

A valid question is whether this is the beginning of a global trend that has staying power or is Trump a one-time anomaly?  At this moment it is hard to say.  In this age of social media where celebrities have massive followings, we may be moving into a political landscape where name recognition and branding triumph over past political positions held by professional politicians.

Where Trump might be an exception is by just being a celebrity that connected emotionally with the electorate. That connection is necessary, but more will be needed. In the future, both in the U.S. and elsewhere, we may pick a celebrity but, with the experience of Trump under our belts we will use a second tier of selection to evaluate whether the celebrity has the skill set and veracity to succeed in the position sought.

We are in the Warhol age of celebrity, but we are in a true turning point in history where electorates around the world feel that their countries are moving in wrong directions.  So, give them a well-known celebrity, not associated with political gridlock or incompetence, and with a respected skill set and high level of trust, they become highly electable.

In Warhol’s world a competent celebrity may well be better than an incompetent, equivocating politician.

email
Prev: And the Young Shall Lead Us
Facebook: What are You Going to Do?: Next

We Must Let Go of Legacy Thinking!The New Post-Covid Real Estate and Economic Landscape in AmericaEarth Day? No it is the Earth Century!The Disruptive 2020sWe the People of Planet Earth Can Lead Needed Change