The Future of the Workplace #2 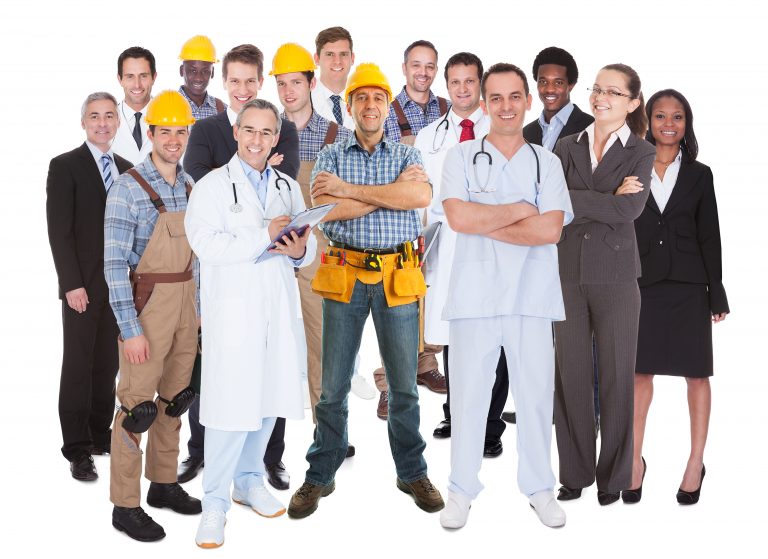 Go for a drive of any length through any urban or suburban neighborhood and the signs are everywhere:

I am sure most readers have had this same experience in the last 45 days.  Now that the states are opening up, it seems like every company is looking for employees.

The problem is that companies are not filling the open jobs they have.    The economy is starting to open up, but people are not coming back to work compared to pre-pandemic levels.

Many politicians, business owners and CEOs are attributing this to the extra $300/week that has been provided for families to stay afloat during the pandemic.  The thinking goes that people are not coming back to work as they can make more by staying unemployed.   While this may be part of the reason, it is by no means the only reason, yet this has become a firmly held belief that once the unemployment checks stop, people will flock back to work. Not going to happen nearly as cleanly as that.  [ I will touch on the stunning thinking behind this in a bit].  I haves heard of anecdotal evidence that this theory has merit but at the low end of employment, not professionals or white collar workers.

Yes, when all the unemployment checks stop there will be more people looking for jobs, but that will still leave several million jobs unfilled nationally.

Here are some other reasons people are hesitant to come back to work:

As readers of this column know, I fully think that the decade of the 2020s will be the most disruptive decade in history.  In two books published in the last year I have pointed out why and then what the consequences might be.  What this means is that massive, fundamental change has been triggered, so that the realities accepted by the legacy thinking of the past – even the past of 18 months ago- will be different than they were.

In the last 12 months, I have advised a number of companies, spoken to a number of business audiences – all via Zoom- and also spoken with a number of CEOs, leaders and thinkers.  Across all these interactions was the clear reality that transformation of self and of company was happening at a depth and speed unprecedented in our collective lifetimes.  People have changed.  People’s priorities have changed.  Companies have completely reinvented themselves.  The past is gone, never to be revisited again.

There have been recent polls that have shown that a historically unprecedented number of people are looking at changing careers, occupations or even just jobs.  Millennials are the generation that seems to have been affected most deeply by living in a time of pandemic.  A recent poll showed that the majority of this generation are seriously interested in changing careers and lifestyles.

The simple thinking of “where are the workers?” and “people are making more with unemployment insurance” than with jobs, is old, tired, of the past and will be shown to be only a partial reason for all the job openings.

Now let’s take a minute to look at this perceived reality; that people are disincentivized to look for work because of unemployment checks.

What does it say about America when people can make more money receiving unemployment checks, than working?

Wages are too low in America.  They were cut during and after the Great Recession and only marginally increased. Since then

Said another way, the minimum wage today, relative to the cost of living, means that $7.25 today would have been $.96 in 1968, not $1.65.  And we wonder why such a large percentage of Americans are living paycheck to paycheck.

Now lay on top of this the new learned reality of what we have all learned to call “essential workers” during the pandemic.  The delivery people, grocery and pharmacy employees, and those that showed up so the rest of us didn’t have to put ourselves in harm’s way. We thanked them, we honored them and extolled them as unsung heroes on all media outlets.  They took on the perceived risks of infection so we didn’t have to.  They were, in effect essential.

Now that the economy is starting to open up, how do we thank them?  Hey essential worker, we want you back and I will up your hourly rate by a dollar!  Welcome back hero!  You are worth more than the minimum wage, but not by much.

That is how we pay people who do the essential work we don’t want to?  Come on!

Employers who want to see the end of unemployment payments think it is the same daylight and that the tunnel was a very unfortunate recession. That it is time for people to come back to low-paying jobs, unfulfilling jobs, bosses they don’t respect and to again believe in the costs, time and hassle of 10 commutes a week.

We may well be seeing the beginning of a new workplace dynamic where labor/workers/employees/contract workers will have growing leverage and power greater than pre-pandemic times.  This might well be one of the largest and lasting consequences of the pandemic in the United States.

To quote the poet laureate of my generation:

“Something is going on, but you don’t know what it is, do you Mr. Jones?”

Talk is Good. Action is EssentialListen to the Future – Now!The Climate Crisis: From Denial to DisconnectionUtopia or Oblivion?The Future of the Workplace #2