The Collapse of Legacy Thinking 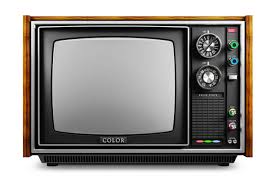 [Apologies to regular readers of this column for my absence the past two months.  I have been completing the book trilogy mentioned in the last post, which is from the end of June.  I am now back].

Anyone who has read “Entering the Shift Age” [2012] or heard me speak since then knows that a fundamental view I have of the world since 2010 is the collapse of legacy thinking. It is one of my most spoken phrases as it is something that once you understand it, you can begin to see how this is the inception of change.

On January 1, 2010, I named 2010-2020 the “Transformation Decade”. The definition of “transformation is a “change in form, appearance, nature or character”.  Part of the process of transformation then is the letting go of past thinking, the thoughts that created the past and present.  New thoughts are needed to create the transformative new.

As a futurist what I have most seen is the collapse of legacy thinking.  Both as it is going on and will go on.  Legacy thinking is thoughts from the past.  Conceptual constructs that are perceived as reality.  The problem with that is reality is always changing and the vast majority of people hold on to what they have come to believe is reality.  In a way, we collectively agree to believe is a reality, that, in part, exists because we believe it to be true…Until it no longer is!

If you are older than 40, you have spent the majority of your life in the 20th century.  Therefore, your most formative years was learning what thinking was behind the events and constructs of the 20th century. Too many people have moved into the 21st century, largely looking at the world through the lens of 20th century thought.  The older you are, the more this seems to be the case.  This is why most politicians are out of touch with what is emerging and cannot even see it.  Look at the age of the President, the Speaker of the House, the Majority Leader of the Senate, and in fact the majority of current candidates for President.  Words are used that either are no longer relevant or that are heavy with meaning from the past.

The problem with this on a national level is that what is about to happen in the 2020s is unprecedented.  As a futurist I look at nationally known politicians or government officials who haven’t a clue as to what they will be facing in the next few years.  It is interesting that Yang and Buttigieg are the only ones who are even addressing the deep, approaching reality.  Why?  They are of this century and of the new generations.  Age does not equal wisdom when age cannot see the present clearly.

The way to see the future is to be clear in the present.  Watch what is ascending, what is declining, what is going to happen based upon how today compares to yesterday so as best to see tomorrow.

The changes coming are from outside legacy thinking, are unattached to the 20th century.  Those that hold on will only be losers or victims, depending on their sense of self.

In 2009 I forecast that streaming would disrupt the business model of television and that cable would lose 10% of their subscribers by 2014. Yup!  So obvious to me – and to a lot of tech folks as well – but not to those that had a history of being successful in the broadcast and cable industries.  Binge watching?  What is that? Streaming?  Dropping an entire season on one day? Ridiculous!  Not buying DVDs but instead pay a low monthly fee to view movies wherever one is on any device with a screen.  What are you talking about!

There are obviously many examples of this across many industries: taxis, malls, big box stores, landlines, well populated news rooms, and transportation.

In my return from months of writing “Moving to a Finite Earth Economy – Crew Manual” I want to again take a look at the legacy thinking that is about to collapse as so much of it will be in the next 2,5 and 20 years.

email
Prev: Moving to a Finite Earth Economy – Crew Manual
Moving from an Ownership to a Rental/Access Economy: Next