Moving from an Ownership to a Rental/Access Economy 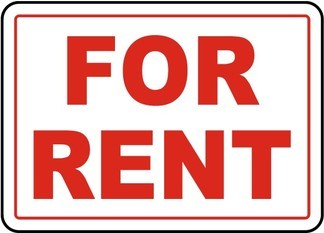 The decade long trend of moving away from ownership has been accelerating in the last several years.  It is one of the most significant, yet underreported macro-trends in the global economy.  So much of Capitalist thought is around ownership that this trend is a major reorganization of economic structures.

This was something I first started to write and speak about back in 2010.  The first thing I saw was the collapse of single home construction and the increase in multi-unit housing post Great Recession. This was an obvious reaction to the great loss of both wealth from, and confidence in the real estate market.  The rental market, at least in the U.S., will continue to be strong, at record percentage levels of the population. Home ownership has declined dramatically in this century.  In 2005 the percentage of households owning homes in the U.S. was slightly above 69%, last year it was 64.2 percent.  We will never see that 69% number again in the U.S.

It is already clear that the Millennial generation is buying homes at a much lower percentage than either the Boomers or the GenXers. By the time that the Digital Natives become of buying age, there will be such havoc in the real estate markets, due in large part to climate change, that they will be even more disposed to rent.

The second big category of consumption and ownership has been content. We have moved from buying and owning CDs, DVDs and are now subscribing to services that stream content. In 2014 the global sales of all video disc formats was $25.2 billion, but only $13.1 billion in 2018.  At the same time digital, or streaming, revenue went from $8.1 billion in 2014 to $25.1 in 2018.  A 50% decline in physical purchases and a 300% increase in rental/subscription.  This is a strong trend that will only continue for both video and audio.  No need to buy, just pay for access.

As many Amazon Prime members know, a small monthly fee allows one to read a 100,000 book titles every month.  So, if I had the time, for a few dollars a month I could read dozens of books on my phone/reader every month.

The single most important statistic regarding transportation in the U.S. is this:  Americans  drive their car only 4% of the time.  The rest of the time it is parked, at home or at work.  Think about that!  The second largest purchase of a family – after a house- is a car.  At least the house is being used.  As I ask  CEOs and business owners:  would you make a capital purchase that is your second largest for a piece of equipment you will use only 4% of the time?  Of course not.

As recently as 10 years ago, there were just two ways to drive; your own car or a rental car.  Today there are numerous companies that rent cars for short periods – hours- of time without going to wait in line at a rental car company counter.  They can be picked up at a variety of locations that are convenient for users.    This phenomenon of course is in a number of US cities relative to bicycles and electric scooters.  Who needs to own one when they are scattered all over town? [that is the problem needing a solution].

Today in the U.S. there is now a vibrant peer-to-peer rental marketplace using one’s own car.  You can make your asset a revenue generating one.  In addition, there are a number of apps that use a platform to connect users to used car lots where one can rent a used car for $200+ a month. At $2,400 – 3,000  a year, this is lower than the annual depreciation on a new car!

Lastly, many of the major car companies have announced plans to rent new cars.  Yes, you read that right.  The new car industry has moved from sales to leasing to rental.

The Access/Rental Marketplace in Everyday items

Last week there was a headline in the New York Times, that, 10 years ago, even 5 years ago would have been unintelligible:

The Lord & Taylor department store chain was founded in 1826.  It’s current owner, Hudson Bay, announced that it was selling 38 stores and inventory to Le Tote, a seven-year-old clothing rental start-up.  Le Tote will pay $100 million for all the inventory, the name and the chain’s digital presence.

Sure, department stores were the first retailing category to suffer in the digital age. They tried to be in the middle market and offer something for everyone.  The high-end luxury market has continued growth as of course the low-end Walmart and Dollar store and of course the cheap, delivered to the home and fully returnable shopping experience with Amazon.  The middle didn’t hold

In summary, just take a pause and reflect on the rapidly growing reality that, since WWII, the goal in ‘keeping up with the Jones” was to own what everyone else owned, and to own more.  Now, that is going away, yielding to rent and access.  The cascading consequences are many.  We won’t need as many bookshelves, closets, storage space and, even the need for a garage or parking space.

The sharing economy and its’ new companion, the access economy will expands to include just about everything.

Hey, want to rent a watch?

email
Prev: The Collapse of Legacy Thinking
Historical Disruption in the Automobile Industry: Next