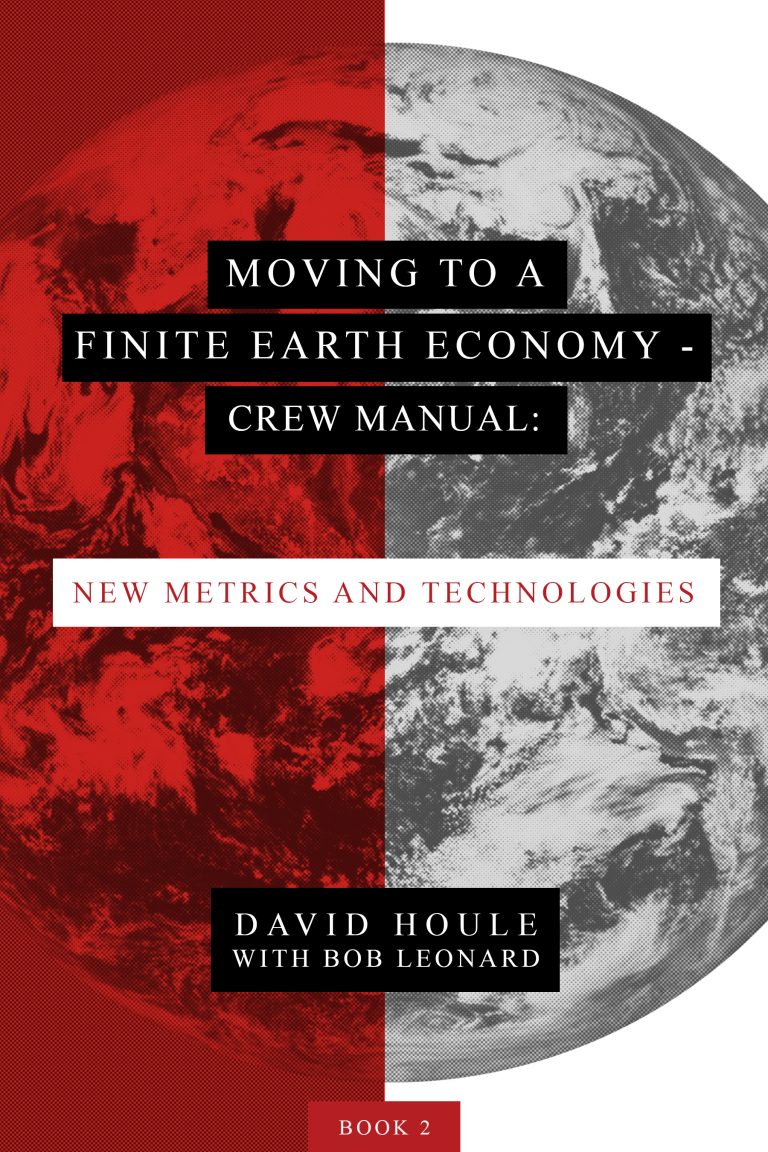 For information on the Finite Earth Economy and to click through to the books, please go here

Last month in this space I posted Chapter 4 of “The Three Economies”. It laid out the premise of the trilogy: that humanity must move away from Growth Economies and to a Finite Earth Economy, and do so by 2030. Why? Because the root cause of the climate crisis is that most of humanity lives in growth economies. Unlimited growth on a finite planet was never going to work forever. We have reached the point when it can no longer be sustained.

Humans have a genetic “fight or flight” response built into our DNA. Since cavemen confronted bears, lions and snakes a million years ago, we have been programmed to have a sudden surge of adrenaline when confronted with an immediate threat. We have no trigger mechanism for something that may happen in the distant future. Since the 1970s there has been an awareness that a climate crisis could occur due to our ever increasing emissions of greenhouse gases; and that at some point, we might have to do something about it. Collectively we did nothing, or too little for too long. We lived Alfred E. Neuman’s creed: “What? Me Worry?”

That distant potential threat is now a real and present one. Due to our sluggish and incremental transition away from fossil fuels, we are now in crisis mode – it is fight or flight time. There is no other planet we can take flight to. We must fight to save ourselves from ourselves… and that means changing the way we live.

In 2015, “This Spaceship Earth” was published. At that time, Tim Rumage, planetary ethicist and Head of Environmental Studies at the Ringling College of Art + Design, and I wrote that humanity would have until 2030 to make fundamental changes to successfully slow global warming. Back then our forecast was considered radical, and most people thought that a deadline of 2050 or even 2100 was soon enough.

In the last four years, the feedback loop from the biosphere startled scientists. It became clear that the planet was warming faster than had been predicted. The polar ice caps and the glaciers on Greenland were melting much faster than in prior years. The coral reefs were bleaching decades sooner than expected. And, tragically, it became clear that an average of 150 species a day were dying off, never to be seen again. That’s approximately 1000 times above the long-established extinction rate.

This led the UN’s climate arm, the IPCC, to issue a report in October 2018 stating that humanity has until the year 2030 to make fundamental changes and dramatically lower GHG emissions. The report pointed out that, even if GHG emissions were dramatically reduced, warming will continue at least through the end of this century. GHGs (especially CO2) accumulate in the atmosphere. They take decades and centuries to disperse or decay.

Simply put, if all GHG emissions ended the day you read this column, there would still be warming for decades because of this resident CO2 in the atmosphere.

Today, many people, from the man on the street to visionaries and some of the most accomplished among us are declaring that Capitalism has run its course and needs to be reinvented. Here are quotes from a couple of them. More can be read on the above linked web site:

“Capitalism is basically not working for the majority of people. That’s just the reality.” – Ray Dalio, hedge fund manager and recent best-selling author of “Values”.

“The capitalist beast is out of control. I have a very low opinion of capitalism in 2019. We have reached a low point. The greatest manifestation of that is the massive emphasis on maximizing short-term profits, which is simply bad business. It is incredibly bad for society, and it’s not good for long-term growth rates. It tends to give you better short-term profit margins and lower economic growth. For capitalism to work, you need there to be some sense of social contract – social discipline, if you will.” – Jeremy Grantham, billionaire and globally respected economist.

I firmly believe in Capitalism, but also believe it needs new metrics and incentives.  The current growth-oriented global economy has led to the greatest wealth inequality since October 1929. This issue threatens the fabric of society. Growth economies, and how they are powered (by fossil fuels), is a central cause of climate change, which threatens the long-term viability of civilization as we know it.

Today is a unique historical moment. We are at the intersection of major forces and trends. Between what was and what will be. Successfully navigating this era is the most significant challenge we have ever tackled.

Time to move to a Finite Earth Economy!

Email
Prev: The Center is not Holding
The Collapse of Legacy Thinking: Next