The Center is not Holding 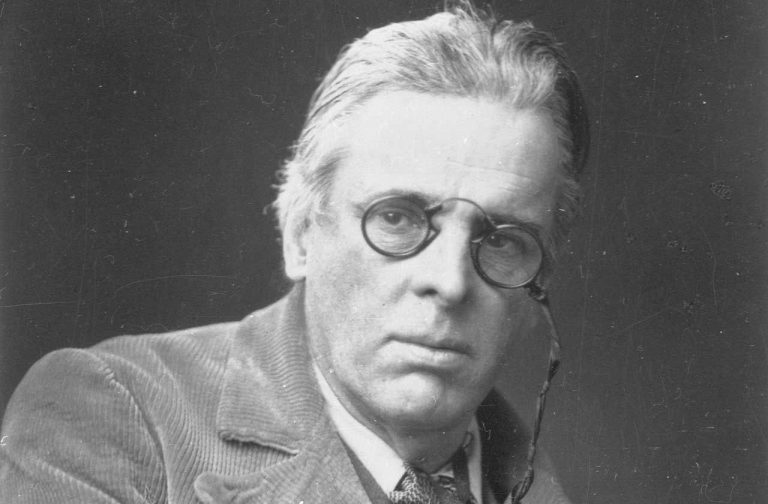 This is taken from the great W.B. Yeats poem but with different spelling:

Things fall apart; the centre cannot hold;
Mere anarchy is loosed upon the world,
The blood-dimmed tide is loosed, and everywhere
The ceremony of innocence is drowned

The full poem, one of the great pieces of poetry, is at the bottom of the column.

The “center” is most often used to describe society or politics.  The center in society is the mainstream, the unifying principles and practices of society.  This is the acceptable middle of society. Where comfort and conformity reside. In politics it is the middle, between the left and the right.  The “center” is often used in current politics as the comfort zone of the big tent for the mainstream.

[I personally find that the descriptions “left” and “right” in politics are terms that now lack meaning.  What they meant 20,50,70 years ago seem no longer valid.  They are legacy words that have historical meaning that is still being used.  I will use them in this column, grudgingly, as they are popular, if vague terms]

Currently in America the conversations around the 2020 election are full of the words progressive, far left, far right and center.  The current chatter is that the Democrats need to have a “centrist” candidate to win back the suburban voters they had lost to Trump but won in the 2018 mid-terms.  This may well be true, but then this column is a cautionary one.

The EU just completed its multiple country elections for Parliament.  It was expected that the far right would win big.  Well that didn’t exactly happen.  The right did increase its numbers in Parliament but not as much as expected.  The Greens and left-leaning parties picked up a surprising number of seats.  The big story was/is that the centrist parties that had long controlled the EU Parliament, lost big.  As Keats wrote: “the centre cannot hold”

As a futurist I have written about  “Legacy Thinking”, first in my 2012 book “Entering the Shift Age” and in subsequent columns here.  It is thought from the past.  For example, the older a person, the more they think in 20th century terms as that is where they have lived the majority of their lives.  They have moved into the 21st century with 20th century thinking.  To me, we are living in a decade long [so far] collapse of legacy thinking.  Legacy thinking holds back the new.  Legacy thinking often is mostly mainstream, centrist, status quo or consensus. A collective reality from the past that is true… until it isn’t. The consensus and the legacy thinking of the EU Parliament elections were defeated.

Kurt Vonnegut, a favorite author of mine, once said:

I want to stand as close to the edge as I can without going over. Out on the edge you see all the kinds of things you can’t see from the center

Now he didn’t mention left or right, just “the center”.  The meaning of the quote is clear: standing at the edge provides a view of things one cannot see in the center.  It also implies that change comes from the edges.

I have often stated to audiences at the beginning of a speech about the future that they need to suspend their perception of what reality is as otherwise they will have some difficulty hearing about what the new reality will be.

In this space I have written a lot about the incredible amount of change that is happening in the Shift Age.  I now speak and write about the reality that there will be more change in the 2020s than in any 20-30 year period in history.  We live in a world order, a global form of thinking and living that is about to undergo transformative change.

To quote the other famous part of the Yeats poem:

“And what rough beast, its hour come round at last,
Slouches towards Bethlehem to be born?”

He obviously wrote in Christian metaphor. Trade “rough beast” for “disruptive future” and Bethlehem for “the new reality of the future”.

As a futurist I am clear as can be that the current thinking, the current reality, the center, social consensus and mainstream thinking are all about to be turned upside down.  The EU Parliament elections were a political manifestation of this to a good degree.

So, moving to the center, and being a centrist is dangerous at a time when the center is not holding, and the current reality is about to change.  As Vonnegut suggested, change comes from the edges, not the center.

In these times, moving to the center is a high-risk action to take. It may be short-term expedient but will have difficulty facing all the changes rushing toward it from the future or “the edge”

Now for the full Yeats poem:

Turning and turning in the widening gyre
The falcon cannot hear the falconer;
Things fall apart; the centre cannot hold;
Mere anarchy is loosed upon the world,
The blood-dimmed tide is loosed, and everywhere
The ceremony of innocence is drowned;
The best lack all conviction, while the worst
Are full of passionate intensity.
Surely some revelation is at hand;
Surely the Second Coming is at hand.
The Second Coming! Hardly are those words out
When a vast image out of Spritus Mundi
Troubles my sight: somewhere in the sands of the desert
A shape with lion body and the head of a man,
A gaze blank and pitiless as the sun,
Is moving its slow thighs, while all about it
Reel shadows of the indignant desert birds.
The darkness drops again; but now I know
That twenty centuries of stony sleep
were vexed to nightmare by a rocking cradle,
And what rough beast, its hour come round at last,
Slouches towards Bethlehem to be born?