A View from Inside a Red State on COVID-19 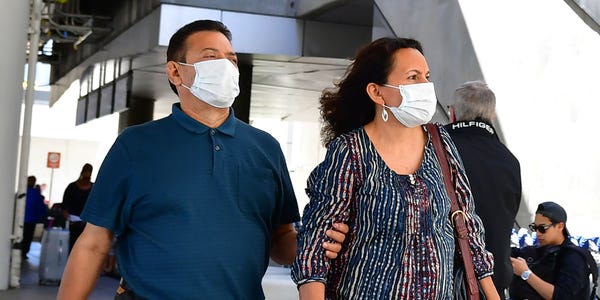 [Part of this column was published in the Sarasota Herald-Tribune.  I live in Sarasota and write a bi-weekly column in the Business Weekly section called “The Futurist”]

In early April, it became clear that the White House and the federal government were not going to lead America to collectively come together to face our public health challenge.  What a lost opportunity for our country!  America comes together to face threats.  We did it to defeat the Axis powers in WWII.  We fought the Soviet Union and won the Cold War.  We were in competition with them to get to the moon first.  We as a nation can rise to any occasion.  We have in the past and right now, at the end of June we might have had a collective sense of “we did it!”

In April, I said to my wife and friends that there were now two things outside my home that I had no control over:  the COVID-19 virus and ignorance and lack of leadership on the part of the federal government.  I can wear a mask, practice social distancing, stay at home, keep my health and immune system strong.  I cannot deal with politics that take precedence over my health and the health of all fellow citizens.  Hence the title of this column.

I never write “political” columns but the use of the word “red” is appropriate here because with the exception of California, all the states that are now spiking have Republicans as Governors.  Every single one of them did not follow the White House guidelines on the opening up of states.  Upon opening, none of them could bring themselves to tell citizens to wear masks.  Given the certainty of science on the wearing of masks, the only reason they refused to put ourhealth first had to be that the President does not wear a mask and they didn’t want to cross him.  I am open to any honest and true evidence to the contrary.

Writing about the future of tourism in the Gulf Coast of Florida – an extremely important industry-I wrote the following in the Sarasota Herald Tribune:

The short-term future of tourism and travel to Florida is dreadful, a calamity.  Why?  Governor DeSantis [GD] and his administration.  Consider these data points:

Governor DeSantis  \kept the state’s beaches open for spring break, angering the country.  Subsequently cellular tracking technology showed that all the spring breakers went back up north – primarily to the North East and the Midwest. GD’s decision caused virus cases in other states.  This was a topic of national media for three weeks.

I think the following has high probability of happening during the month of July:

So, how does the future of tourism in Sarasota, Manatee and Charlotte counties look for now through December?  A complete unmitigated disaster. Even the forecasts I made in the last column will be optimistic.

Then of course is an expected higher level of tropical storm and hurricane activity until December 1.  And a second virus wave in the fall.

Tourism will not come back to Florida until Florida gets on top of its’ public health crisis.   Right now, we are going in the other direction.

The near-term future of America to a large degree is up to us to come together to win over adversity, across the board.  I think we can!

Email
Prev: A Pandemic of Magical Thinking
Will Trump “drop the mic” in August?: Next