What Will Trigger the 2019 Economic Disruption? 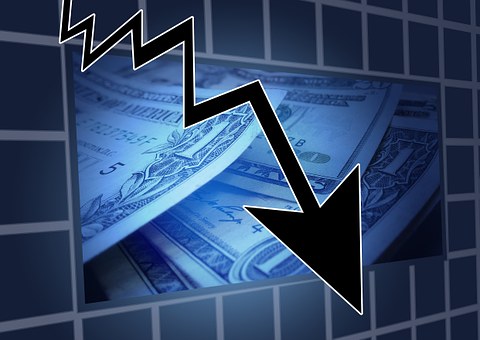 Those who are regular readers of mine and those who have heard me speak over the last year, know that I fully anticipate some economic disruption to occur in 2019. In the first column I published about this impending event in October 2017  I stated that I am using the word disruption instead of such words as recession, correction or collapse.

Recession is now an outdated word as it relies on two consecutive quarters of GDP contraction.  GDP, a relic of the Industrial Age, is no longer a fully relevant measure in the digital, 21st Shift Age economy. This was discussed in a column in May 2018.  Correction is a market term of a downturn in the markets.  Collapse is too strong a word for the 2019 economic disruption, but not for what lies ahead in the 2020s.

As a futurist I try to stay outside conventional thinking about current state of affairs and collective thinking. It has little or no relevance on the longer-term future. Right now, the collective thinking is that the U.S. economy is growing and healthy.  The stock market keeps breaking records, unemployment seems to be at a historic low and corporate profits are exceeding expectations.  So, all is good, right?

I don’t think so.

In part this is due to collective group think that then defines perceived reality.  We all think it is good, so we settle into that mind-set and act accordingly.  We spend, not save, as things will be good in the future.  We relax our concerns and start to develop a comfort zone of collective economic comfort that the good days are back again.  Remember the collective feel good mind-set of 2005-2007?  We all lived in the illusion that all was good, and that real estate would continue its’ run-up.  Then the illusion evaporated and did so quickly.  I had forecast that the downturn would be global and would happen quickly.  It did.

Here are the areas where some event, in some part of the U.S. economy or more assuredly in the global economy, will trigger economic disruption.

This is the big one and the one most likely with a default somewhere in the world to trigger a 2019 disruption.  It will certainly trigger the Great Debt Reset in the 2020s, but that is for another column.   Right now, debt, in all categories is much higher than it was in 2007 in the U.S. and in China.

.The Federal debt is almost twice what it was in 2007.  With the tax and spend Democrats and the new cut taxes and spend Republicans, there is no hope that anything substantive will be done in the foreseeable future.  For the first time in the country’s history, there will be a $1 trillion deficit during a growth economy!

Municipal and State debt levels have increased dramatically.  Puerto Rico defaulted on several debt issues in 2017 and the amounts were massive and will continue.  Several states, with Illinois leading the pack, have huge amounts of debt and have had their debt ratings lowered to the level of junk or just above junk.  The new area and era of junk bonds might well be governmental.

Finally, the percentage default of sub-prime auto loans is now higher than it was prior to the Great Recession.  Sub-prime; sound familiar?

The reason that a currency collapse might trigger a disruption is that much of the debt owed by countries around the world is dollar denominated and therefore will cost more to service.  At the same time the Federal Reserve is slowly raising interest rates which will only increase debt servicing costs and drive more funds to the safe haven of the US and will force other countries to raise interest rates to avoid default.

We are now officially in the longest bull market in history.  That alone is a risk indicator.  Rising interest rates, the end of quantitative easing, uncertainty about tariffs and geopolitical tensions will all put a pressure on the equity markets.  Then, next year the year to year profit comparisons against the first two quarters of 2018 will put pressure on stocks.

I have not been and am not a market timer, but I do think that the bull market will end in 2019, perhaps early in the year.

US real estate prices and sales have noticeably slowed in recent months. In addition, 9% of homes are still “underwater” nationally, and 52% of homes in the U.S. have yet to recover their 2007 value.

In conclusion, I see that the global economy is fragile and that the U.S. economy is more fragile than all the rosy outdated metrics suggest.  The illusion of a robust, healthy economy will be seen as just that in 2019 – an illusion.