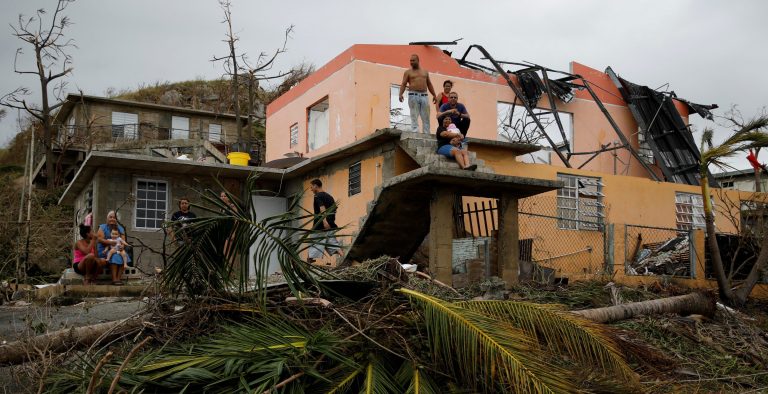 The damage to Puerto Rica from Hurricane Maria is tragic and catastrophic. The first step of course is to save lives and get food, water and medical attention to all citizens.  Once the humanitarian stage is fully taking place then the thinking turns to rebuilding the island, since the devastation to housing and the infrastructure is significant.

As written in my prior two columns in this space, the recent hurricanes have shown the vulnerability of 20th century infrastructure and the thinking behind it to be no longer valid.  Rebuilding is the opportunity to work with a new vision of the reality of climate change and renewable energy.  Puerto Rico is a perfect place to do this. The island is small, with three plus million population with one sixth the population of Florida and half the population of Houston.

The devastation creates almost a clean slate to change the energy, transportation, housing, and communications infrastructure to the realities of today.  Renewable energy that both supports the grid and is distributed.  Energy storage batteries, electric transport, autonomous automobiles, modular housing, vertical gardens and even drones to bring medical and other life sustaining supplies.

Since the government, many of its current leaders, and much of public policy hasn’t yet weaned itself from fossil fuels funding, this can be led by the private sector.  Any company that provides services, products and long-term efforts could get a 100% tax credit from the federal government for the year in which such efforts are taken, even if that is several years.

Elon Musk, and Tesla Power, again lead the way.  It is clear  his effort comes from compassion and charity.  Nevertheless. it is exactly such a company that wants to show what the new reality will look like.  In addition, Sir Richard Branson, whose private island in the British Virgin Islands, is committed to funding and working with British and American officials to coordinate a “green rebuilding” of the Caribbean islands to ride them of the dirty fossil fuel energy that is largely imported.

Solar and wind turbine companies could make the island fully operational with renewable energy.  The cost of hundreds of millions or several billion to do this could return as full tax credits to the companies from the Federal Government.  The scale is manageable and the need immediate.  A canvas to paint the picture of the world’s energy future.

Google and Facebook could focus on the communications infrastructure to provide cellular wireless connectivity.  A bit more of a stretch would be ATT, Verizon, Sprint or T-Mobile jumping in to create more wind resistant cellular service.  A 100% tax credit on all infrastructure investments the years they are made would be the driver.  Further, any handset company could provide repurposed cell phones from elsewhere to give people free phones that are desperately needed.  The first year of service would be free and a full tax credit. All private companies, particularly American ones would gain great PR in addition to jumping into a massive humanitarian catastrophe.

The Federal Government of the U.S. should immediately set up a FEMA “catastrophe war room” to coordinate all operations teams from corporation who will be on the ground and communication with corporate headquarters.

The focus and goal would be to make Puerto Rico energy independent, as close to 100% carbon free in the energy side as possible, to rebuild all infrastructure with 21st century technology and to do so ASAP.  Take the disaster that has destroyed an American island territory and make it the model for retrofitting the rest of the country – and the world- to observe and see what the new reality can be.

The week that Maria destroyed Puerto Rico I had the honor to participate in and present to the Partners Conference at NREL, the National Renewable Energy Laboratory in Golden, CO.  NREL, simply put, is where the best and brightest energy engineers and scientists work on humanity’s future energy technology.  Major companies that have partnered with NREL were in attendance.  So it was inevitable to conjoin the incredible work being done at NREL to the chance to have such technology be the way to rebuild Puerto Rico

We are now in the Age of Climate Change which means that all of this rebuilding can take climate change and sea level rise into account.  Unlike Houston and Florida which were both planned before these became our current reality.

We are also entering the Age of Intelligence when machine learning will create an equal and in many ways a superior intelligence. This is the time of Big Data, Machine Learning and the Internet of Things, with the infrastructure now becoming “smart”.  This will change the landscape, increasing efficiency and convenience.  Puerto Rico could be an integrated, intelligent island that could be a model for what we need to do around the world this, the Earth Century.

Puerto Rico can become the first island and territory to be recast using all the technologies and realities of today and become a beacon for what can be.

Email
Prev: Technology Just Is.
The Age of Intelligence: Next