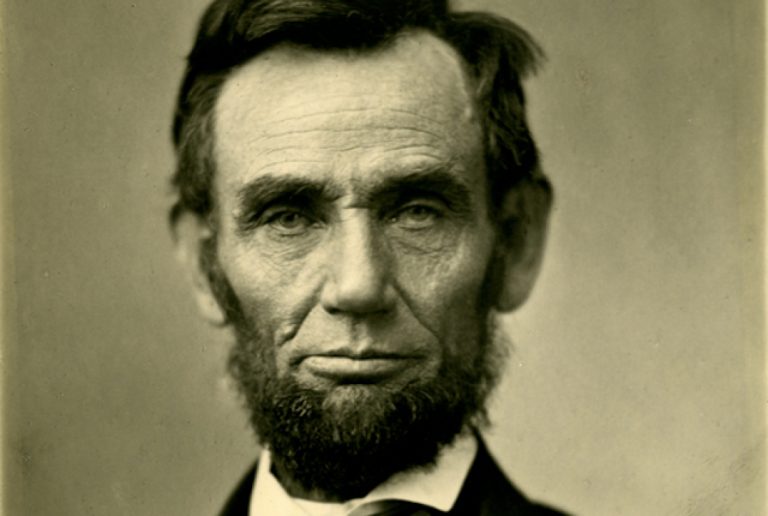 Note:  This first appeared on The Sarasota Institute web site, a new entity launched a few months ago.  It is being reprinted here for two reasons.  First, the readership of this 11 year old blog is far larger than that of the new TSI.  Second, I am hoping that if you do enjoy deeper thought pieces of 1500-2,000 words you will sign up for email notifications at TSI.  So this is about twice as long as most of my columns here].

“Government of the people, by the people, for the people, shall not perish from the Earth”  -Abraham Lincoln, The Gettysburg Address

“We hold these truths to be self-evident, that all Men are created equal, that they are endowed by their creator with certain unalienable Rights, that among these are Life, Liberty and the Pursuit of Happiness….. to institute a new Government, laying its Foundation on such Principles…to effect their Safety and Happiness”

-The Declaration of Independence

The Citizens of each State be entitled to all Privileges and Immunities of Citizens in the several States”.   Section 2  Article IV of the United States Constitution

In early 2009 the U.S and the global economy were in a free fall state of collapse.  The freshly elected President Obama was facing the worst economic crisis since the Great Depression.  The country was scared and was looking hopefully to the new President.  The country had given Obama the largest margin of victory in 20 years. He had a huge amount of political capital in this situation.

In this context, I was excited to settle in to view President Obama’s address to the joint session of Congress on February 24, 2009.  Of course, I wanted to hear all he had to say about the scary and dangerous economic situation we were facing.  I also wanted to hear how he would present his call for health care reform, a key part of his election campaign.  When he did outline the health care reform package it was a list of policies, all under the umbrella of the two-pronged goals of lowering health care costs and getting everyone insured.  He went on to say that he would be looking to Congress to create a legislative mandate to do so.

I was totally depressed and disappointed!

Health care reform had not been successful since Harry Truman had first tried to have it implemented. The vested interests for the status quo and their large financial ties to those that govern had consistently defeated all such efforts for decades.  It was clear to me that the only chance for a clear path to changing the health care system was to frame the issue with a complete preemptive strike.

Here is what I hoped he would do.

Looking into the camera to the tens of millions of anxious Americans watching I had wanted him to say something like:

Then I had hoped he would go on to say:

“Speaking to my fellow Americans, I want to say that IF any of your elected officials do not support this effort, I would like you to ask them why, as your elected representatives they should have better health care than you do”.

A preemptive strike that would have narrowed down the conversation to why or why not citizens should have/not have the same coverage as those elected by them.  This would have had total resonance at a nervous time when “elites” were being blamed for the economic collapse.

I truly thought this would be the best approach at that time. President Obama had huge political capital at that moment to drive this conversation. Instead, he gave it over to Congress, a place where lobbyists earn their keep.

The quotes at the top of this column

All three of these quotes, from the Gettysburg Address, the Declaration of Independence and the Constitution of the United States are ones we have grown up with and could and should be the basis of this view of facing health care in America.

So why should those elected officials not provide the health benefits they enjoy to those they serve; the people?

“with certain unalienable Rights, that among these are Life, Liberty and the Pursuit of Happiness….. to institute a new Government, laying its Foundation on such Principles…to effect their Safety and Happiness”

The emphasis on Life and Safety are mine as they can easily be tied to health care.  Does not medicine protect those of us in life-threatening situations?  In the most expensive health care system in the world, doesn’t health care coverage provide us with Safety from bankruptcy and financial ruin?

“The Citizens of each State be entitled to all Privileges and Immunities of Citizens in the several States”.

This addresses the issue of some states providing less Medicaid coverage than other states.  There can be no such discrepancies based upon these words from the Constitution.

So, can we not use these quotes from our most revered documents to reframe the entire angry, divisive, highly political confrontational discussion about health care to simply making it all about the American people having the same health care coverage that our elected representatives have?

Think about how the dynamics would change.

In an environment where the Senate, the House of Representatives, and the Executive Branch would have to live with the same health care coverage as the people they serve, the dynamics would solve the problem.

Currently pharmaceutical prices are out of control.  Pharmaceutical companies charge far more in the U.S. than elsewhere.  In large part the reason for this is that pharmaceutical companies spend a lot on lobbying Congress.  In 2016 $152.4 million was spent.  Divide that by the 535 members of Congress and you get $285,000 per elected official. A clear financial incentive to let Big Pharma have its way. http://www.opensecrets.org/industries/lobbying.php?cycle=2016&ind=H4300

Now, if Congress’s health coverage had to be the same as those they represent, it would be leading the way to force Big Pharma to lower prices as it would be in their self-interest to do so.  There wouldn’t even be a question.

These would become uniform across the country and not vary by state, as all members of Congress would have to have the same policy.

There would be harsher penalties on the massive fraud in these two areas as that is a significant part of healthcare costs.  The revelations of discovered fraud by doctors, hospitals and health services are frequent. This frequency would decline as Congress would have personal reasons to be outraged.

Transparency of price and quality

Health care represents around 17% of the U.S. GDP.  It is the only part of the GDP that has price opacity and where customers don’t have a really good idea of what things cost.  Think about it.  If you ever consider making a major purchase you usually go on-line to both compare pricing and to see quality ratings and reviews.  We are now trained to make researched, educated decisions.  We compare prices and then we compare quantitative quality measurements and outcomes.

Since a co-authored book on the future of health care in America was published back in 2012, I have delivered keynote speeches to a number of health care conferences. The slide that generates the most audience response concerns a study done by Dr. Peter Cram, associate professor of internal medicine at the University of Iowa in 2012.  100 hundred U.S. hospitals were called and were asked a single sentence question: “How much does it cost to have hip replacement surgery at your hospital?”  Of the 100 hundred hospitals asked, 50 could not answer the question and of the 50 that did, the price quoted ranged from $11,000 to $125,798!  Even given geographical variance in cost of living, this is borderline fraud.

Now if the 535 members of Congress had to live with having the same health care as their constituents, do you think they would find this acceptable?  No, they would mandate regulation, or that the hospitals that charged more than the national average –factoring difference in geographical cost of living- would be exempted from any reimbursement above that number.

What am I missing?

Having our elected officials have the same health care coverage as their constituents would be a perfect alignment.  The self-interests would be aligned with “the people” not with campaign donating health care companies.

The national discussions about health care in my lifetime are political, divisive, arguments about policy, manipulated by vested interests and their campaign contributions.  Money and arguments.  So, lets’ change that discourse from these things to a simple discussion about what democracy means.  What is moral relative to citizens and the representatives they elected to serve them?

There is no acceptable answer an elected official could morally make when asked the question:  Why do you think it is okay for you to have better healthcare that the citizens who elected you?  Talk about squirming politicians.

I assume the immediate reaction of the reader might be that this position is a bit simplistic and naïve.  Why?

I am totally mystified why the main stream media has not taken this position with their inquiries.  The media piles on about what is wrong about Obamacare or any number of  quickly made up Republican alternatives, but they do not ask the obvious question:

“Congressman, do you have better healthcare coverage than your constituents?  If so, what is the justification for that?  Why not stand with the people who elected you?  If you did, you wouldn’t have to worry about campaign donations from anyone in the healthcare industry as providing your constituents with healthcare they appreciate would insure reelection.”

That is such an obvious point.  In a country and in this time, there are few people who are not concerned about healthcare coverage.  If a politician provides all the people they represent with great healthcare, she wouldn’t need to raise lots of money for campaigns.  Simply campaign on the basis of having provided the best healthcare coverage possible.  In fact, if this came to pass, then the conversation would become about the power this would give to incumbency.

Healthcare in America is broken, opaque, expensive, full of overpricing and fraud, and is a true matter of life and death.  Time to fix it by making those that make the rules and set the policy stand with “the people”.    Every member of Congress needs to be asked why this isn’t being done.  The media needs to step up to ask elected officials why we shouldn’t do this.  We as voters must ask fo the folks we vote for to accept this as our mandate if they want our vote.

It is the mandate of The Sarasota Institute to initiate new ways of thinking about major issues.  We try to lead conversations on how to face America’s and humanity’s biggest challenges.

If this column resonates with you, please do two things.  First, let me know with comments in this space.  Second, share this column as far and wide as you can to jump start this as a new national discussion on healthcare.  Thank you!

email
Prev: The Age of Intelligence
The Physical Reality and the Screen Reality: Next