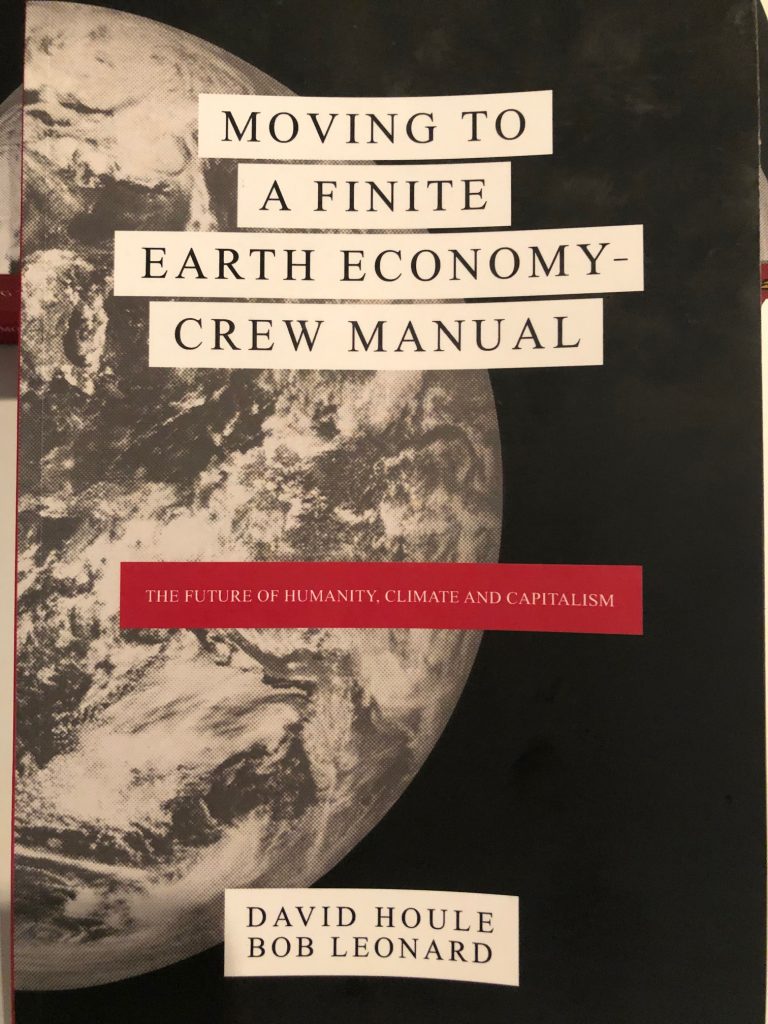 [Welcome to all new subscribers!  We hope you enjoy receiving blog posts now and in the future!]

We face an accelerating climate crisis.

Climate change is now.  This means that we have finally entered the “fight or flight” stage of human awareness about it.  It is no longer some possible catastrophe decades in the future, it is a present catastrophe we are now living in.

At the same time Capitalism, the single greatest economic force in history in terms of material well-being and the elevation of human standard of living, is showing that it has entered a dysfunctional end stage.  Capitalism was “invented” in the latter part of the 1700s.  Adam Smith, the intellectual founder of Capitalism, died in 1792, before the beginning of the Industrial Revolution.  He therefore could not see how economics would change from the Agricultural Age as much as it has.

Historic levels of liquidity, of capital, are currently sloshing around the world at the speed of light to find the best daily returns.  There is more capital, generally speaking, than there are places for it to be invested.  So, we may be at the end of the capital creation as the sole function of Capitalism.  Here are what some prominent capitalists and economists have recently stated:

“I believe that all good things taken to an extreme can be self-destructive and that everything must evolve or die. This is now true for capitalism”     Ray Dalio, Chairman and Founder, Bridgewater Associates.

Although I have made a fortune in the financial markets, I now fear that the untrammeled intensification of laissez-faire capitalism and the spread of market values into all areas of life is endangering our open and democratic society. The main enemy of the open society, I believe, is no longer the communist but the capitalist threat.” – George Soros, legendary investor.

“The capitalist beast is out of control. I have a very low opinion of capitalism in 2019. We have reached a low point. The greatest manifestation of that is the massive emphasis on maximizing short-term profits, which is simply bad business. It is incredibly bad for society, and it’s not good for long-term growth rates. It tends to give you better short-term profit margins and lower economic growth. For capitalism to work, you need there to be some sense of social contract – social discipline, if you will.” – Jeremy Grantham, globally respected economist.

The reality of the climate crisis is that we are largely experiencing AGW, or Anthropomorphic Global Warming.  Humans are largely at cause due to the fact that we all live in Growth Economies.  Growth Economies are obviously based upon growth.  Growth is good, growth is the key measurement for national economies, hence GDP.  This no longer works when we have almost 8 billion people on the planet.  It is impossible to have endless growth on a finite planet.

Growth Economies are linear in construct.  First something is extracted, cut down or removed from Earth, then it is used to produce, distribute, sell, buy, consume, use and discard.  There is no such thing as a Growth Economy that does not create waste.

A Circular Economy, the vision of environmentalists since the first Earth Day in 1970, “reduce, reuse, recycle” is, unfortunately no longer an option.  50 years later, only 9% of the global GDP can be categorized as circular.  So we have failed to expand the Circular Economy to the 67-75% level of global GDP needed to slow down climate change.

A Finite Earth Economy is an economy where capital creation is no longer at the center of Capitalism, it is replaced by carbon reduction.  A few high-level concepts that of course are deeply discussed in the book are:

-making carbon emissions the basis of taxation, people and all entities will be taxed based upon their annual carbon emissions and footprint.  This will trigger explosive growth in carbon offsets, investment in clean energy, and accelerate sales of such things as EVs, and the reduction of personal consumption of carbon intense products.

-set goals, standards, measurements and focus at all levels, from global to personal

-Urgency.  We do not have until 2050 to work through this, we have waited too long to act

As a futurist, it would be a dereliction of my professional duty to not speak and write about climate change, as it is one of the three biggest issues facing humanity in the next 10-15 years: climate change, reinvention of Capitalism, and the rapid growth of Technological Intelligence.  All three of these are interconnected.  Most climate scientists stay within that field.  Most climate activists are demonstrating and working for change away from the Carbon Combustion Complex.

“Moving to a Finite Earth Economy – Crew Manual” was written with two goals in mind:  first to answer the question “What can we do about climate change?” and second to actually set forth how we do what needs to be done.

There will be more columns here about the big three macro-trends that will reshape the world.  Again, these are the Age of Climate Change, the Age of Intelligence, and the Re-Invention of Capitalism.  They are all related in seemingly positive ways.  More on that in future columns.