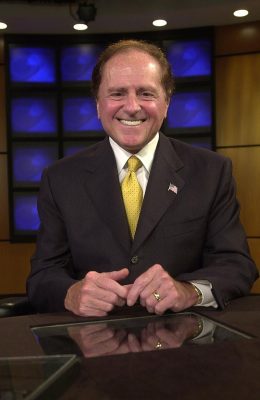 As any aging boomer sports fan knows – particularly if you lived in NYC – that was the signature phrase used by Warner Wolf to go to the sports highlights of the day. It is perhaps as iconic a sports phrase as “Goooooooaaaaaaaal!!!” and “going, going, going… gone!” It’s a historic phrase from back […]

A Review of Past Forecasts – Media

Starting with this column and for the next few weeks, I will revisit forecasts I have made over the last ten years. As far as I know, I am the only futurist who posts most of my forecasts – what I forecast and when I did so- on my web site.  All of the forecasts […]

In the last post here I mentioned that I would write several columns relative to the 2016 election in the U.S. There are reasons. First it provides so many portals through which to see and consider changes going on in the U.S. and around the world in both the short and long term. Second, the […]

Why the 2016 Presidential Campaign is Unfolding as Expected

I am not at all surprised about how the campaign for the Presidency of the United States is unfolding. Not in the slightest. I find humorous and significant that the politically oriented Washington based media seems so surprised at the significant groundswell for Bernie Sanders and the fact that, as of the writing of […]

Revisiting a Forecast About the Future of Cable Television

The New Reality of Communications

[Note:  This is a column reprinted from the current “Shift Age Newsletter” as it is very timely and has already received a lot of positive comment.  If you are not yet a subscriber of the newsletter, please go here and click on FREE subscription] Those of you who have either read “The Shift Age” or […]

The Next Wave of Creative Destruction in Media is Underway

We have all lived through a lifetime of technology changing the media and content landscape.  Satellites allowed cable television and later satellite television to erode and then eviscerate the traditional broadcast network business model.  Then the analog to digital transition eliminated the physicality of the product in the music industry.  Then the universal, immediate and […]

The tag line of this blog is “A Future Look at Today”. It is not a political blog, nor is this a political column. I have assiduously kept politics out of this space leaving partisan conversations about campaign issues to others. There is a lot of heat around partisan politics and such heat can prevent […]

In the column “2007/2008” published on January 1, 2008 I made a prediction concerning media that is worth revisiting. At the beginning of the year the entertainment industry was in the middle of the writer’s strike.  I wrote:   “The writers’ strike in the entertainment business is now two months old. Its’ length, the animosity it […]

Regular readers of this column may have noticed that in the past two months I have gone to a once a week posting.  That has in part been due to weeks of non-stop travel, speaking engagements and book signings.  I now find myself  being able to sit at my writing table for a whole week. […]